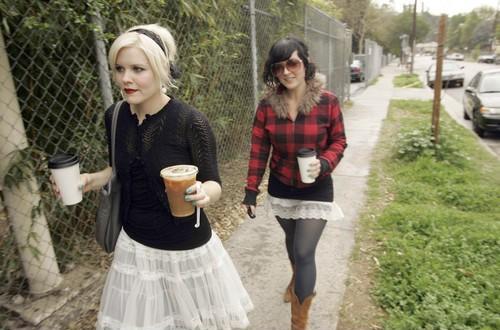 Courtesy of a new study via dating website AYI.com, Brooklyn women are the nation’s hardest women for men to get to go out with whilst single females from Jersey City on the other hand are the easiest in the nation.

When asked why Brooklyn women are ‘resisting’ the advances of men, many went on to answer that men aren’t simply no longer trying.

The dating site in compiling its results went on to examine more than 453 000 interactions of single women between the ages of 18 and 99 and went on to note that the most resilient female daters came from Los Angeles, California, Detroit, Minneapolis, Cincinnati, Ohio, with the most resilient being Brooklyn, NY.

That said, the site went on to recommend guys looking for love should target Jersey City, New Jersey, which is home to online daters who are much more likely to respond to messages.

Those from Miami, St. Louis, Las Vegas and Portland are also said to be less picky when it came to prospective lovers.

Why of course isn’t necessarily understood. Although one hint may have something to do with the expense and mobility factor of larger cities.

That said in trying to come to terms with the dating dilemma, the nypost goes on to tell that Brooklyn women incestuously complaining about local men being ‘lazy.’

‘Brooklyn men don’t have enough confidence to just come up to you and ask you on a date.’

Could it be because everyone is too cool to bother? Or simply overwhelmed in the heady struggle of staying alive as the aspiring Brooklynite class go about their aspirations for the glitter and glam that attracts so many hopefuls? Or is it a situation that the aura of being super cool and clicky is no longer necessarily working in those communities that once reveled in such sensibilities?

The aspiring dater went on to tell how she she recently closed her online-dating account because her inbox was overflowing with ‘stupid messages.’

Reflects the beleaguered Ryan: ‘Online dating has ruined dating. It makes guys more lazy and less in the moment.’

Reaffirming the same notion is Edna Velasco, 27, of Williamsburg, who goes on to tell she has dated 20 men on OkCupid this year and that only one was passable.

In telling how Velasco judges whether to proceed with a potential suitor’s advances she went on to tell how she pays particular attention to admirer’s subject line.

Which may in and of itself be the problem:

“Some guy said, “Hello, do you like sex?” That’s the first thing he says to me!’

In a less than flattering tale, Velasco goes on to tell how her hopes were dashed when her suitor went on buy a $2 slice of pizza with pocket change before proceeding to ask her for 50 cents because he didn’t have enough.

The study went on to note that the written pickup line with the greatest overall response rate was “Where are you from originally,” especially compared with the standard “Hi” or “What’s Up?”

Not that is going to make some guys change their tune… 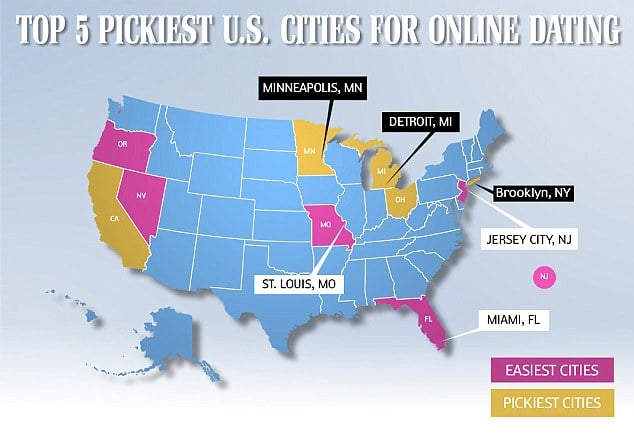 Whether they are picky or not, if you are rich you will get them, easily. Nothing attracts women to men faster than a thick wallet.

Here’s my advice to guys how live in Brooklyn. Move! Get out of dodge and expand your horizons. There’s more to life than the concrete jungle. Alas, if you can’t move or join the Navy, here’s a tip. If you want love, find out what love is first. The rest will follow.

Wow you’d think if men were “lazy and less in the moment” to ask women out, they’d actually, you know, take some initiative themselves and ask men out instead of just whining to the NYP.

The vast majority of women in NYC or Brooklyn in particular are stank and think they deserve it all. And don’t go blaming it on the men and cause when a guy is good to them they don’t want him but rather be a guy who mistreat them. Trust me I know cause I treated women both ways and usually mistreatment gets you further than being nice of kind will. That’s just the way it is here and I don’t ever see it changing. Not worth the effort or aggravation.

Again, if our noses (big, medium and small) are up in the air, it’s only because so many of us women are independent and don’t need/want someone telling us what to do.

There is another side to this story too. Men who are tired of dating women from Brooklyn because the women don’t value themselves, dress as horrible as possible, don’t have any interests other than trying to find a mate all the time and drinking non stop. All boring things. I always wanted to date a woman who has a cultural background, values art, values her body, mind and soul and has other interests other than self destruction. I found that in France. I also found that online dating is lame. I never tried it but watched so many of my friends constantly have horrible experiences. I apologize if this seems linear but this is my experience from living in this city for over 10 years now.

Most Brooklyn girls are nasty with their noses in the air!