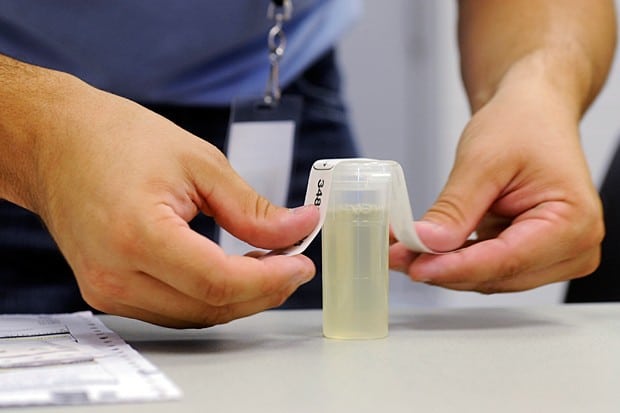 In pleading guilty to the charges of obstruction of justice, perjury and tampering with evidence, the chemist went on to receive a prison sentence of 3-5 years.

The admission has since led to the jeopardization of thousands of convictions. To date authorities have committed over $47 million to dealing with the crisis so far.

During the ruling Judge Carol S. Ball told Dookhan that the consequences of her actions were ‘catastrophic’ and that ‘the integrity of the criminal justice system has been shaken to the core.’

Went on to tell the judge: ‘Innocent persons were incarcerated, guilty persons have been released to further endanger the public, millions and millions of public dollars are being expended to deal with the chaos Ms. Dookhan created.’

The case first came to light after the state Department of Public Health lab Annie Dookhan worked at discovered the chemist forging signatures which then led to a wider investigation of her conduct at the lab.

Prosecutors said Dookhan admitted ‘dry labbing,‘ or testing only a fraction of a batch of samples, then listing them all as positive for illegal drugs, to ‘improve her productivity and burnish her reputation.’

Prosecutors went on to tell Annie Dookhan’s sense of ambition at all costs was so prevalent that she had declared drug samples positive that she had not bothered to test, tampered with evidence, forged signatures as well as lying about her credentials to enhance her standing in court as an expert witness.

Since the labs closure in August  of 2012, at least 1,100 criminal cases have been dismissed or not prosecuted because of tainted evidence or other fallout from the lab’s shutdown.

Anne Kaczmarek, the state’s prosecutor, asked that the court impose a five- to seven-year sentence, citing the ‘egregious nature‘ of Dookhan’s actions.

Ball had already said in a written memo that she would not sentence Dookhan to more than three to five years if she changed her plea.

Dookhan’s defense attorney, Nicolas Gordon asked for a one-year sentence for his client, who has no prior criminal record.

Since Dookhan’s actions became public knowledge, the court system tells the nytimes has been flooded with motions for new trials filed by defendants in drug cases.

As of Friday, the state had spent a total of $8.5 million responding to the drug lab crisis, and another $8.6 million was authorized to be spent in the current fiscal year, according to Alex Zaroulis, spokeswoman for the state office of Administration and Finance.

The Legislature has authorized as much as $30 million to cover costs incurred by the court system, prosecutors, public defenders and other state agencies.

‘This ends one chapter in this situation, but the story goes on for the thousands of individuals whose lives have been affected by the conduct of Annie Dookhan,’

‘There are millions of dollars more that will be spent and a lot of time spent by a number of people in the criminal justice system trying to deal with the fallout of what happened in that lab.’

The state legislature to date has set aside $30 million for local prosecutors to reinvestigate cases and see if they can charge the suspects based on other evidence.

Went on to reiterate Martin W. Healy, chief legal counsel for the Massachusetts Bar Association: “The total costs could reach $100 million over the years,”

“No one comprehended that this would snowball the way it has.”

Dookhan also pleaded guilty to falsely claiming that she held a master’s degree in chemistry.

Dookhan has since also been ordered to have mental health evaluations after leaving prison.