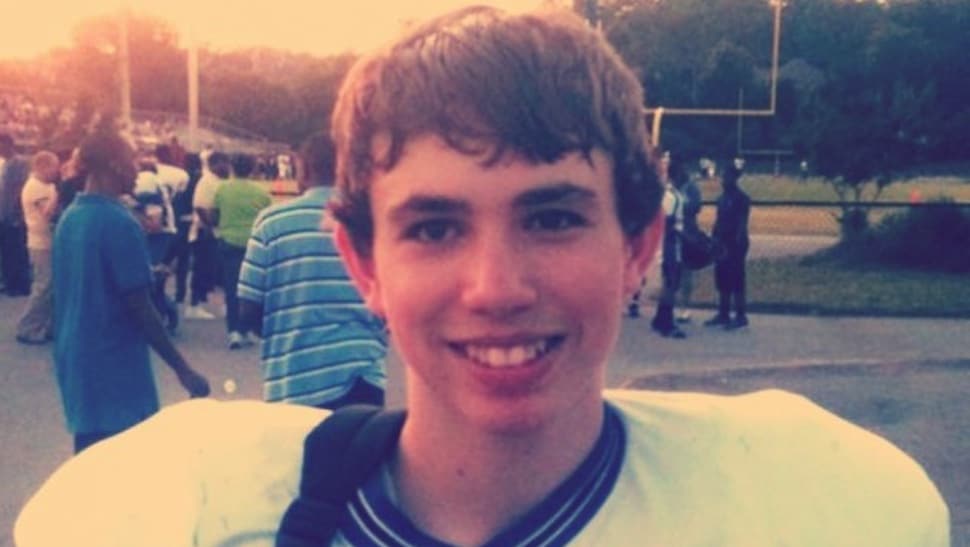 Questions are abound as to why a 15 year old boy arrested for streaking committed suicide.

It all came about after Christian Adamek, a popular 15-year-old student at Sparkman High School in Harvest, Alabama, hanged himself Oct. 2 and went on to die from his injuries two days later.

Adamek’s death came just a week after he was arrested for streaking across the Sparkman High football field during a Sept. 27 football game.

A video of the streaking event was made using Vine and later uploaded to Youtube (it’s now been removed) and students began referring to Adamek as a “legend” for his actions on the field.

Which of course might be the first clue we might need in figuring out why the 15 year old went on to commit suicide.

Legend might be fine if you are aspiring to be a legend but hardly fine if what’s really meant as legend is quite derogatory. Which also leads us to the theory that perhaps Adamek went on to strip in order to banish his image or sense of self that he was anything but a legend, except to only now ruefully find he was worse off than before and the laughing stock of the barrel. So yeah that shit sucks and that may make a sensitive 15 year old clamoring for attention to go off the deep end.

Gawker go on to wonder if Adamek’s death may have also come about after widespread media coverage of the streak itself which probably only served to emphasize to Adamek not how much of a hero he was but rather how much of a jack ass he had now become in front of America. Yes life can be brutal.

And then there’s this theory too. The punishment that was waiting for Christian Adamek:

gawker:  The day before his suicide, Sparkman High principal Michael Campbell told WHNT (who have now memory-holed their coverage) that the streaking incident was serious: “There’s the legal complications. Public lewdness and court consequences outside of school with the legal system, as well as the school consequences that the school system has set up.”

WHNT also aired this news story (deleted from the WHNT website, but uploaded to YouTube by user xrayultra) in which the principal discusses the student’s potential punishment at length. The news story is scary enough for an adult facing punishment, so it’s not hard to imagine how a frightened, embarrassed teenager might feel when seeing it:

After his death, his sister admitted Adamek was facing expulsion from the school for streaking. And other reports point out that in Alabama, indecent exposure charges are tied to Alabama’s sex offender laws. While the chances of Adamek being charged with two misdemeanors and placed on the sex offender registry were quite low, as Tim Cushing reminds us, “the reality of the situation isn’t immediately apparent to those trapped inside, not while the machinery is still in motion.”

Sex offender list for streaking? America are we serious? The only thing that was offended was certain people’s sense of social decorum, no one’s sexual parts got dangled with. This was a fucking prank.

“Remember to smile, don’t be afraid to do something goofy and remember the consequences of those actions, ask for help when you need it, ask for help if you think your friends need it if you don’t know what to do, be quirky, be happy, be smart.”

Isn’t life a shame Christian, when we sometimes go out on a limb to express ourselves, albeit stupidly at times and the next thing we know we are the pariah in our minds that we always wanted to escape being, even if it meant something as harmless and ridiculous and was suppose to be one hell of a story at the bar one day deep in the future. A shame that day will never come, a shame some people make a mountain out of speck of a dust, I reckon….