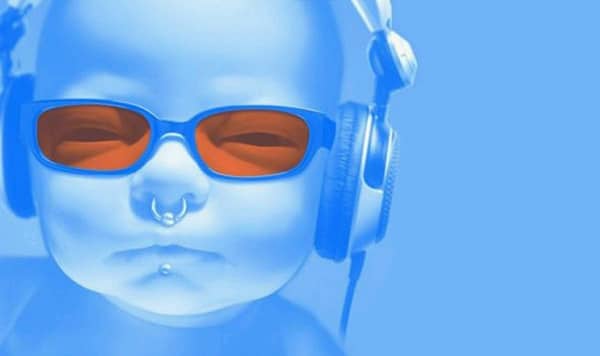 In the past, people who wanted music for their indie game, movie, app or webseries had one of four options:

1. Pay someone to write original music

4. Begin the long negotiation process with BMI or ASCAP to obtain a music sync license

Of course, none of these options were foolproof. One of videogaming’s best stories is how Nintendo composer Koji Kondo wanted to use classical composer Maurice Ravel‘s “Bolero” as the theme for a little game called The Legend of Zelda. First, Kondo assumed that because “Bolero” was classic and old, it was in the public domain. Then it turned out that “Bolero” was both copyrighted and the license was a bit tricky to snag — so tricky, in fact, that Kondo decided to go in a different direction, composing the now instantly-recognizable Legend of Zelda theme in just one day.

(This turned out to be a good choice for Kondo. Not only are you now probably humming The Legend of Zelda overworld theme in your head, luminaries like filmmaker Edgar Wright, who used the theme in 2010′s Scott Pilgrim Vs. The World, have called it the nursery rhyme of a generation.)

Luckily for new game designers, app creators, and filmmakers, there’s now another way to quickly snap up music for your next project. There’s a new sync licensing program in town. TuneCore sync licensing is attempting to take some of the hassle out of the licensing process, as well as open up a whole catalog of unsigned independent musicians to filmmakers looking for that perfect soulful piece of music.

Previously, if you wanted to use “Hallelujah” or Gotye‘s “Somebody That I Used To Know” or any other pop song in your project, even if it was a non-profit or student project, you had to go through the complicated process of contacting BMI or ASCAP, connecting with the music publisher, explaining exactly how you plan to use the song in the film, negotiating the song’s use, and paying for the sync license. In some cases, you are required to submit your finished product to the music publisher for approval before you are allowed to release your movie or game.

TuneCore hopes to streamline this process, which is a benefit to both content creators and musicians. TuneCore is no stranger to the world of sync licensing; TuneCore musicians have already had their works licensed to television programs like Dancing With The Stars and So You Think You Can Dance, as well as video games like Kinect Sports Rivals and movies like Blue Sky Studio’s Epic. However, these licenses primarily came from major studios, as shows like ABC’s Nashville searched TuneCore’s databases for little-known country music acts such as The Civil Wars, then turned their songs into new sensations.

Now anyone can get in on the sync licensing game, meaning that indie creators have access to TuneCore best-selling artists such as Skyler Smith, Alex Day, and Cherub. Meanwhile, indie musicians who have never had a moment in the limelight may well wake up to find an email requesting that their yet-unknown song appear in what turns out to be the next Angry Birds. It’s a win-win.

There’s one more factor that will help both artists and potential licensers: TuneCore’s sync licensing charts. Yes, when you log in to snag a sync license for your independent film about zombies who discover drag racing, you’ll be able to see which artists currently have the most TuneCore/iTunes sales. That way you’ll be able to go straight to the top and browse the best musicians on the site — and musicians who get a few sync licenses right away will no doubt get more sales, bumping them further up the charts.

What will happen to companies like ASCAP or BMI, as TuneCore changes the way content creators approach sync licensing? It’s difficult to say.

One of the more difficult aspects of the previous sync licensing process was that creators had to seek permission from a music publisher, not directly from an artist, meaning they had to go through an extra level of bureaucracy and negotiation to secure the rights to an individual song. In addition, the internet is full of stories of sync license negotiations gone wrong, such as the numerous television programs such as Daria, The Wonder Years, and WKRP in Cincinnati, which were unable to secure additional sync licenses for their shows’ iconic theme songs and/or background music to use on the series’ DVDs.

TuneCore has chosen to serve as the music distribution and publishing administrator for all of its artists who sign up for sync licensing services, meaning it’s hoping to streamline the process and create a one-stop shop for future licenses. Given the choice, will game designers, filmmakers, and content producers choose the lengthy negotiation involved in a BMI sync license, or the streamlined TuneCore process? If TuneCore’s sync licensing system goes well, it is poised to take a large chunk of the sync license market share.

Once again, the future of music is changing. This time, it’s changing to benefit all of us.