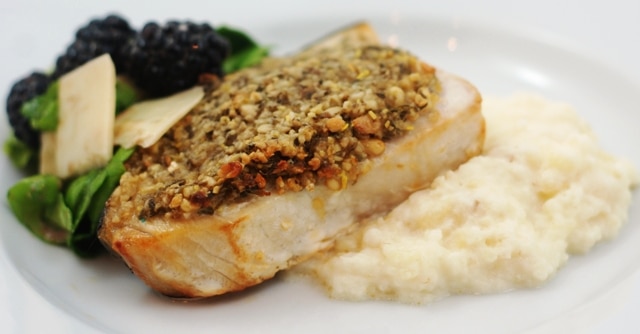 If one were to ask what keeps 103 year old Harry Rosen fresh it’s his penchant for dining out alone every night at Manhattan’s top restaurants.

In a telling interview with the nyt’s, the former office supply businessman goes on to tell since retiring (only last year thank you very much) he has made a habit of eating out every night at Manhattan’s most high brow restaurants.

Reflects Harry: “The food and the ambience, it’s my therapy — it gives me energy.”

Needless to say as a 103 year old man dining out alone (and at such a dapper age) one can be ripe for tell all conversation from near by eaters.

Acknowledges Harry: “They always ask my age, and I often lie and tell them I’m 90,”

“If I tell them my real age, it becomes the whole subject of conversation and makes it look like I’m looking for attention, which I’m not.”

Although Harry lives the good life he goes out of his way to point out there was a time where life was anything but good.

Born in Russia, Harry goes on to recall marching with protesters during the Russian Revolution, immigrating to the US to escape the pogroms where he and his family settled into a railroad apartment on the lower east side.

From there Harry Rosen would go on to start his own business, Radio Center Station in Midtown, where he developed his palate wining and dining executives.

He would entertain businessmen with expensive lunches and dinners in hopes of securing lucrative accounts with Walt Disney, ABC and the Hearst Corporation.

Eating out every night and having done rather well for himself, Harry goes on to tell how he easily spends $100 at his favorite eateries and that no matter where he eats he always makes sure to always order fish.

That said Harry does acknowledge there are some meals which must be pureed to accommodate for his dentures. Alas.

Whilst Harry is often dining out alone, the retired business man from time to time is also joined by his sons Stan and Jerry. Not that he is not shy about dining out alone.

From there we learn that Harry Rosen was married to his wife Lillian for 70 years before she passed away five years ago at the age of 95.

Reflects the diminutive Harry Rosen who is nursing an emotional let down after a six month fling with a 90 year old woman whom he met at synagogue did not work out: ‘I’m still open to meeting someone. I still have the desire that’s what counts.’