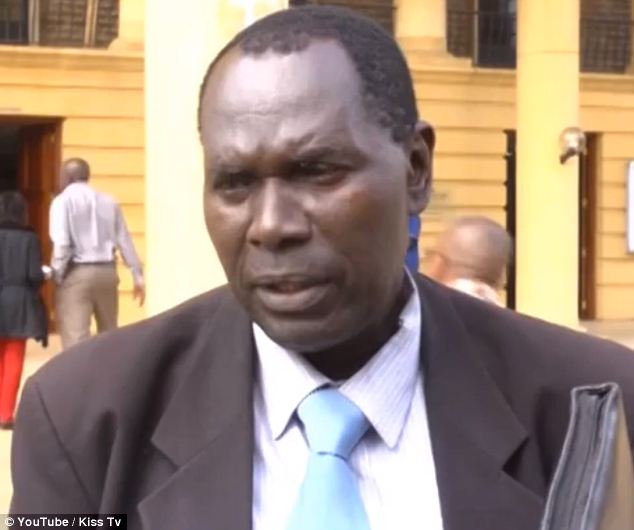 Kenyan lawyer, Dola Indids has taken on the interesting case of petitioning to have the death sentence handed on Jesus Christ overturned.

In petitioning the International Court of Justice, the former spokesman of the Kenyan Judiciary and Roman Catholic has sought to prove that Jesus Christ’s human rights were violated when he was eventually crucified. He has laid out his case against Pontius Pilate, several Jewish elders, King Herod, Tiberius (Emperor of Rome 42 BC-37AD), the Republic of Italy and the State of Israel in whom he has sought damages on behalf of Jesus Christ.

Told the lawyer to the Kenyan paper The Nairobian: “I filed the case because it’s my duty to uphold the dignity of Jesus and I have gone to the ICJ to seek justice for the man from Nazareth,”

‘His selective and malicious prosecution violated his human rights through judicial misconduct, abuse of office bias and prejudice.’

In bringing forward his case, Indids seeks to argue that the mode of questioning used during Jesus’ trial; the punishments meted out to him while proceedings were still underway; and the substance of the information used to convict him were insubstantial and not within the doctrine of the law at the time.

Reiterates Indids: ‘…the proceedings before the Roman courts were a nullity in law for they did not conform to the rule of law at the material time and any time thereafter.’

‘Some of those present spat in his face, struck him with their fists, slapped him, taunted him, and pronounced him worthy of death.’

The Jerusalem Post goes on to note that Indids hopes to rely on the precedent set in the case of Joan of Ark, the peasant girl who proclaimed herself a warrior sent by God to deliver France from the English, whose trial and conviction was later found unsound.

‘This is the same case with Jesus. The judge who sentenced him said that he had no jurisdiction to attend to the matter but he went ahead to convict and pass a capital sentence under duress.’

Interestingly Indids has sought to argue that the  the Bible is unimpeachable evidence in bringing his case forward.

That said, legal experts do not expect the Kenyan lawyer’s efforts to be a success, ironically because the ICJ does not have legal jurisdiction.

‘The International Court of Justice only has jurisdiction to hear claims that are brought by one state against another state. As this claim is not brought by a state, the ICJ would lack jurisdiction over it.’

Which is something that the Kenyan lawyer is probably already all too aware of but then again who can resist bringing gravity and status to ones stature then seeking to take on one of the most contentions persecution sentences of mankind’s history?