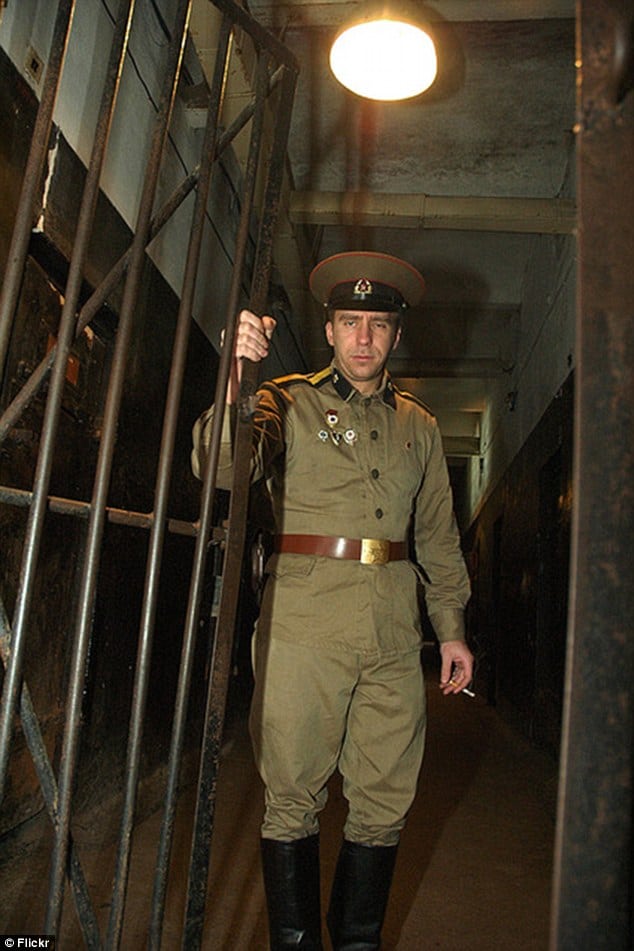 In an interesting twist on history, tourists are now flocking to Latvia’s Karosta Prison, one of the nation’s most infamous and grueling just for the chance of experiencing what former death throw inmates were forced to endure against their will at the notorious prison.

The hotel stay at $16 a night includes receiving the ‘full prisoner experience’ in Communist era conditions, including death threats, warning gunfire and cries of despair from fellow inmates.

That said tourists are made to sign a release form where they wave away their rights in a statement that acknowledges that they will be treated as a prisoner, complete with verbal abuse and physical exercise.

The UK’s dailymail goes on to tell how Karosta Prison was built around 1900, and how the facility was initially used as an infirmary.

But for most of the 20th century, it was used as a Nazi and Soviet military prison, in which hundreds of prisoners were killed. Most were shot dead.

During World War II, the Nazis sentenced Latvian deserters to death at this prison.

Yet despite its gruesome past the hotel’s website promises top notch service.

‘There is staff in this hotel that…serve the guests friendly and with world class service,’

‘You will get to sleep in a room that is iron made and this will include the iron bars.

‘Each room is very simple. All you see is a bed, a small dresser and toilet. It is just like an actual prison. With a closed door, you can eat the meal that prisoners used to eat.

‘However, this will be done once you have signed an agreement regarding their contract conditions about your stay at this hotel.

‘The agreement in staying at the Karosta Prison includes rules like that you should follow their orders and allowing to be insulted and be treated like a prisoner within your stay.

‘[If] you disobey their orders, they will force you to do physical exercise or do the cleaning works.’

But not everyone it seems always manages to have the type of fun that they are anticipating.

Wrote one recent visitor, Liene Tiruma on their facebook page:

‘At first it seemed fun, but after 20 minutes I got really scared that I wont ever get out,’ she wrote.

‘And they don’t treat you better only because you are a girl – nooo.. hard core exercise. And if you skip, you have to do more… and don’t even think about complaining!!!’

At Karosta Prison there are handcuffs, isolation, rules and consequences, and comforts that definitely don’t feel anything like what you’re used to at home. But, you get a real convict experience and that in itself is worth the stay – if you’re into that kind of thing. 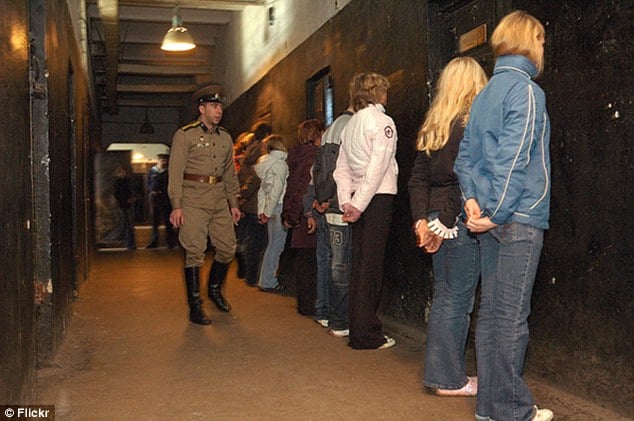