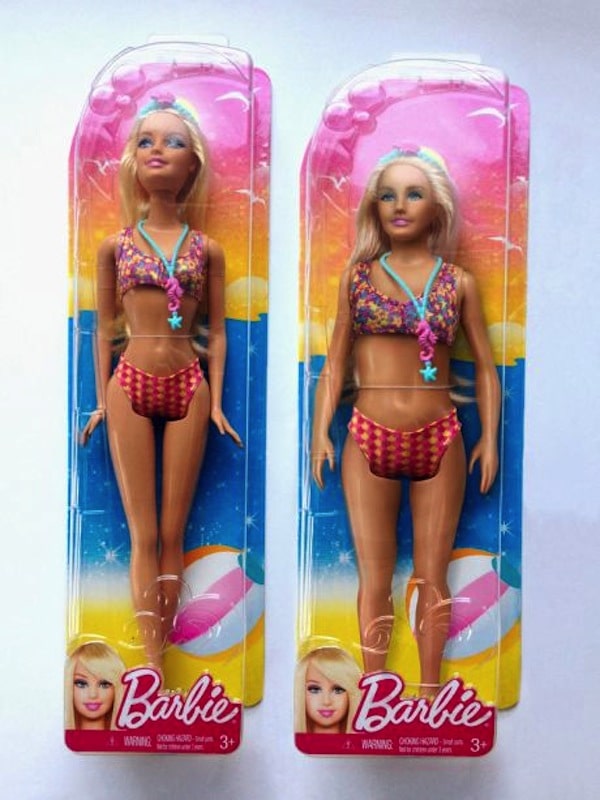 In an effort to dispel the idealized view that women can only be tall, slim and bordering on the anorexic, one artist, Nickolay Lamm has gone and attempted to show the world that if the today’s average woman were to be recreated in the guise of today’s everyday 19 year old girl she’s be shorter and fatter.

Told Lamm to the  Huffington Post:  “If we criticize skinny models, we should at least be open to the possibility that Barbie may negatively influence young girls as well. Furthermore, a realistically proportioned Barbie actually looks pretty good.”

For the makeover, Lamm used the body type of an average American 19-year-old girl using measurements compiled by the Centers for Disease Control and Prevention. He then created a 3-D model and compared the “normal weight” Barbie to the current tall, skinny model.

Lamm undertook the project to address concerns that the current Barbie doll promotes an unhealthy body image among young girls.

“If there’s even a small chance of Barbie in its present form negatively influencing girls, and if Barbie looks good as an average-sized woman in America, what’s stopping Mattel from making one?” asked Lamm.

Of course what has this author curious is since when do 19 year old girls take their cue from plastic toys that they used to play with until the age of 12 and how much can a woman really alter her shape and size in some subconscious attempt to emulate her Barbie heroine? Would it not be more prescient to wonder if the media’s push and all the general cultural consensus to be slim and beautiful (whatever that means) is the more prevailing form? Which of course strikes the obvious question, if that is indeed the preferred aspiration of so many young women, why is it that in reality most women look nothing like Barbie, save for the occasional gaunt fashion model or lanky misfit who spends most of formative years being religiously teased?

Body experts say if Barbie were a real person, she would be 6-feet-tall, weigh an anemic 100 lbs and have a 16-inch waist. In the end can we really fault Mattel for only attempting to give the public what it really secretly wishes for or is told to want for…?

And then there was this observation that had me wondering too:

Lamm thinks his take on the doll looks just as good and suggests Mattel start making them. He says he based the doll’s measurements on the Center for Disease Control (CDC) averages. That means Lamm’s Barbie is 5 foot 3 inches,  weighs 166 pounds, and has a 37- inch waist. When I put these numbers into the body mass index calculator her BMI was 29.4, which is considered overweight and borderline obese. Though his doll doesn’t necessarily look obese to me, the CDC stats point to something perhaps more frightening than the size of Barbie’s wrists—the fact that the majority of 19-year-old American women are overweight and borderline obese. If we’re going change Barbie, maybe instead of  ‘normal’  we should shoot for a ‘healthy’ Barbie as a role model, one that could walk upright but also isn’t at risk for diabetes or heart disease. 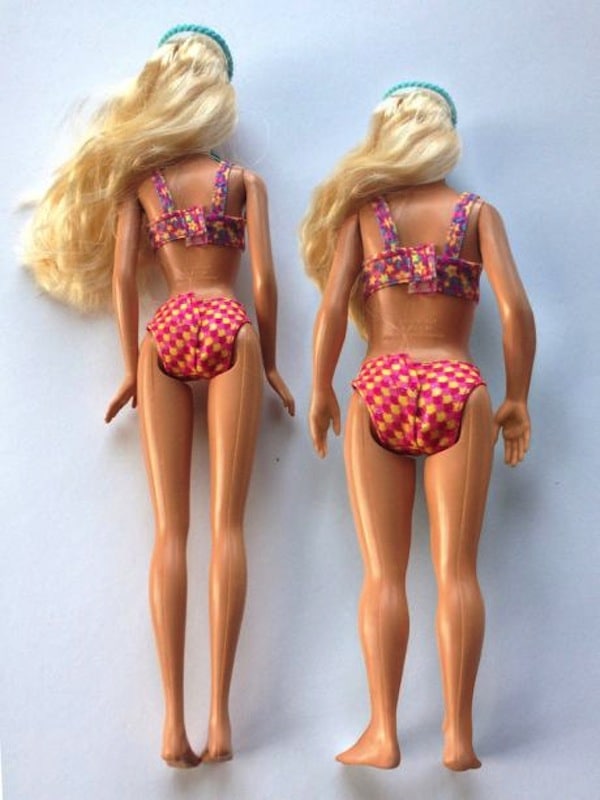 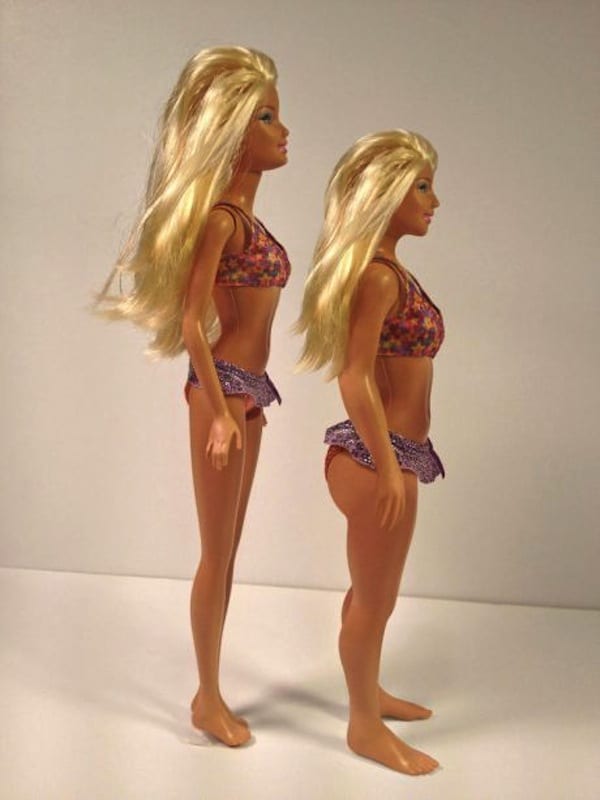