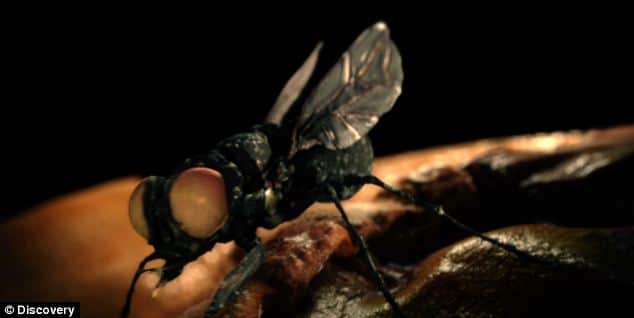 Rochelle Harris had the surprise of her lifetime when she came to discover excruciating headaches she had been experiencing were the result of flesh eating maggots that had entered through her ears.

The pain started almost immediately whilst on a flight back to the UK after having visited Peru. At the time she had gone on to experience excruciating headaches, shooting pains on one side of her face as well as strange scratching sounds inside her head. Things only got worse when she awoke to find her pillow soaked with fluid from her ear.

Concerned that there might be something seriously wrong, Rochelle Harris went to local Royal Derby Hospital where doctors initially told her she had an ear infection. If only…

From there, Rochelle Harris she was referred to an ear, nose and throat specialist for further tests.

A treating doctor went on to find a small hole in her ear canal which they claimed needed further diagnosis.

It was soon after that Rochelle Harris and her accompanying mother was told she had maggots roaming in her head.

Told Rochelle Harris: ‘I was very scared- I wondered if they were in my brain. I thought to myself.”This could be very serious.”

From there doctors ordered an emergency brain scan to determine if in fact there were maggots roaming inside Rochelle Harris’ brain and how many.

The UK’s dailymail goes on to tell luckily, the scan showed that no damage had been done to Rochelle’s ear drum, blood vessels or facial nerve.

Nevertheless doctors did go on to discover that the maggots had chewed a 12mm hole into a ear canal.

From there doctors tried to drown the maggots by flooding the ear canal with olive oil.

‘I had to wait overnight to see if the treatment worked,’ told Rochelle. ‘It was longest few hours of my life.

‘I just wanted them out of me and now I knew what was causing the sensations and sounds it made it all the worse.’

The next day doctors checked her ear only to find the maggots were still alive. They managed to remove two, but doctors were concerned there might be one more left inside her.

Rochelle was then sedated and surgeons explored her ear using a microscope and speculum. They were shocked by what they found.

As they pushed further inside the ear, they found what they described as a ‘writhing mass of maggots.’  The two of maggots that had been extracted were not alone – further examination revealed Rochelle was in fact hosting a family of eight large maggots.

The maggots were immediately sent to a lab for analysis where it was discovered that that a New World Army Screw Worm Fly had laid eggs inside her ear.

Rochelle said she remembered walking through a swarm of flies when in Peru and a fly had got inside her ear. But once she had shooed it away she thought nothing more of it.

Since her nerve wracking encounter, Rochelle has suffered no long-term problems and she says that there has been a positive side-effect of having maggots living in her head.

She said: ‘I’m no longer as squeamish as I was about bugs – how can you be when they’ve been inside your head?’

Not that will necessarily calm you the reader down next time you head for a quaint expedition in the wilderness one day in the future.