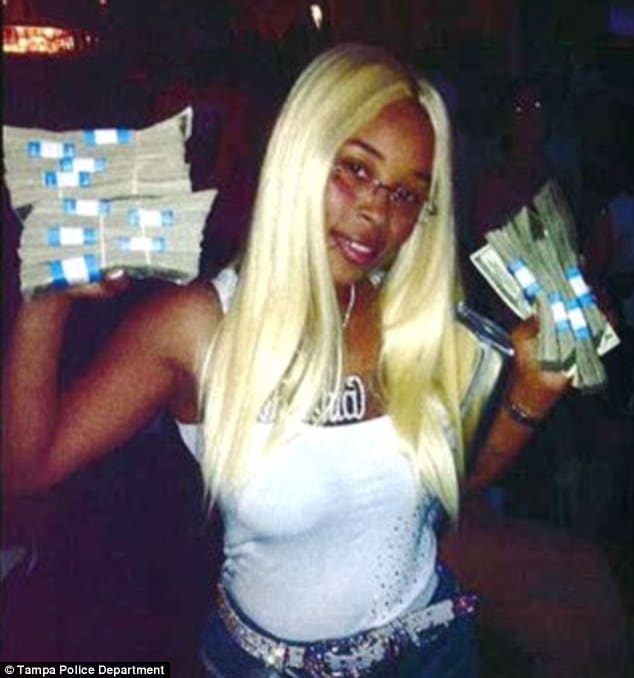 Rashia Wilson who had once boasted that she was the Queen of IRS tax fraud has been jailed for 21 years after authorities deemed that she had stolen $20 million from the IRS.

Having pled guilty to wire fraud and aggravated identity theft earlier this year, Rashia Wilson went on to admit that she stole more than $3 million from the IRS but that figure is deemed to be considerably higher.

According to court testimony, Rashia Wilson was said to have devised a system whereby she used fake id’s and stolen social security numbers to claim millions in fraudulent tax returns. So well did her procedure work that she effectively forced those individuals who had legitimate refunds to collect to wait up to a year in order to be paid.

The court went on to hear how the 27 year had grown up in poverty, with a mother addicted to crack cocaine and with a father in prison.

It wasn’t until Rashia Wilson devised a plan in 2010 to get one over the state that she began to use the ill gotten funds to fund a once unimaginable lavish lifestyle.

Interestingly whilst Rashia Wilson continued to claim the fraud tax returns she also went on to claim poverty and food stamps.

Unable to restrain herself, Rashia Wilson would incredulously then go on to facebook where she flaunted her wealth, physical bundles of money and even went on to post she was the Queen of IRS tax fraud, daring the IRS to catch her.

Told one post: ‘I’m Rashia, the queen of IRS tax fraud. I’m a millionaire for the record, so if U think indicting me will B easy it won’t, I promise you! U need more than black and white to hold me down N that’s to da rat who went N told, as if 1st lady don’t have da TPD under her spell. I run Tampa right now.’

Rashia Wilson’s defense team argued that their client’s facebook rants was a sign of a bipolor disorder illness, consistent with manic phase behavior.

The court went on to hear how Wilson’s fraud was eventually discovered despite her taunts to the IRS, daring them to do so after they launched a two year investigation called ‘Operation Rain Maker,’ in reference to all the money raining down on suspect’s mail boxes.

When Rashia Wilson went on to eventually be arrested authorities were beguiled by the amounts of security cameras around her property which had previously fanned suspicions.

Since her conviction, Wilson has been ordered to pay $3.1 million in restitution, which is said to represent the estimated loss to the government at the time of her plea, despite further investigations which later found the figure to be potentially as high as $20 million.

It is understood Wilson will owe the restitution with co defendant Maurice Lary whose sentencing hearing is said to be taking place in AUgust and September.

At the time of the investigation, 13 people were arrested for charges including identity theft, scheming to defraud and fraudulent use of credit cards.

He said the suspects would use hotel rooms and rented houses to train recruits about how to commit the fraud.

Foxtampa goes on to report at the time of the judgement the courtroom was packed with family members and supporters of Wilson.  Some who broke down in tears and reacted with outrage after the sentence.  Most did not want to talk to the media, but a man identifying himself as Wilson’s uncle seemed resigned to the situation. He went on to say it was a sad day for the family, but they will have to accept it.  He went on to also tell the outlet that Wilson supported her large family.

As she was being sentenced, Wilson asked the judge if she could hug her children one last time before heading to prison. The judge denied it.