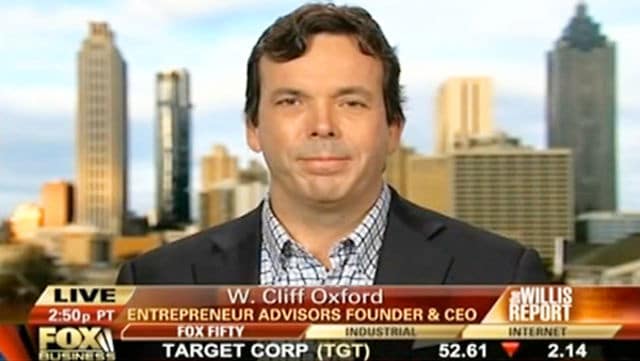 It’s a given in journalism that you the journalist will be bombarded around the clock to cover certain events, plug a certain product and please please attend a publicist’s clients event to give said client, publicist desired exposure.

That said it’s a given just to ignore such demands unless of course you really believe in such things and in the event you do end up getting paid for such things it’s wise to disclose that your ass is featuring a ‘sponsored’ post. Which brings us to the interesting case of one New York Times blogger, Cliff Oxford who seems to be playing with a new set of rules…

According to a dossier of emails passed on to gawker (yes Cliff is now in big trouble), Cliff, according to an unnamed pr executive,  had an interesting habit of always insisting that the pr outlet who would reach out to him would make do good on covering his expenses as well as traveling airfare (traveling airfare too? -kids this is a doozy).Why cause according to the publicist, Cliff always promised them that this was in consideration for a write up for the New York Times whom he happens to write for. Of course for how much longer more might now be an open question.

Explains gawker: A blogger for The New York Times has been requesting thousands of dollars in “expenses” and travel airfare from a public relations firm trying to get its clients covered in the Times, according to emails obtained by Gawker.

“This is a minimum investment and shows the company has some skin in game,” wrote the blogger, Cliff Oxford, in an email last week to a PR executive representing tech companies. “My daily rate is 10 grand per day so I am putting my time on line.”

10 grand per day? Kids the last time my ass as a blogger saw $10 000 was when i played a game of monopoly and as you all know that shit is make believe money, but if Cliff reckons he can make $10K a day that’s some big balls. Then again is that because Cliff is working as a blogger or because he’s working as a consultant?

But since when does a blogger get paid or reimbursed that type of money unless going on to note that? And then again if I understand anything about larger capitalized media entities, they usually cover their staff’s traveling and immediate expenses, not the other way round. Just a question of ethics that helps keep the reporting neutral.

Now back to Cliff’s interesting adventures. Gawker goes on to mention that Cliff also writes for “You’re the Boss,” a group blog on the web site of Times‘ business section that dispenses advice on how to grow companies. The Oxford Center’s homepage prominently links to Oxford’s Times posts at the top of the page. Which of course is Cliff’s way of letting you know you’re going to get your monies worth if and when he ever gets round to giving you exposure.

From there gawker go on to tell how a PR executive representing tech companies reached out to Oxford in January to try to get his clients covered in “You’re the Boss,” Oxford responded by asking for the tech company to cover his travel costs. As the two continued discussing coverage, Oxford’s demand increased to $1,188 per company for travel expenses, including flight, hotel, food, parking, and car. Of course let’s all remember Cliff would still have to pay the same expenses whether he was seeing one company or a billion companies but nevertheless Cliff knows he’s worth at least $10K a day, so let make them bixches pay.

In other yummy disclosure, Cliff purportedly this past February went on to request airfare and hotel reimbursement from the PR tipster in exchange for agreeing to meet and research one of the PR firm’s clients for a potential “You’re the Boss” post.

From there gawker go on to note that ‘the flack scrounged to meet Oxford’s request with Starwood Points and Delta Miles, but the plan fell through after he had already purchased the ticket.’ (Gawker obtained a receipt for both.)

And then this yummy:

But when Oxford tried again in June, he upped the ante, requesting expenses as well:

“The only way we can make my visits fair, efficient and substantive is to to charge each company a minimum And flat rate for expenses. We will do all the bookings, upgrades etc”

Oxford did not promise coverage in return for paying his way. “There are no guarantees other than my time and focus to learn about these companies,” he wrote in an email on Friday.

Asked if there may have been some confusion between Oxford’s role as a consultant and his gig for the Times, the PR exec goes on to tell: The flack was interested in getting Oxford to write about clients on the Times‘ web site, and Oxford was demanding expenses and travel to even consider it.

Which makes us all wonder. Is this journalism or consulting that Cliff reckons he’s doing? And on whose behalf is Cliff setting up to write the article for? After all, why would anyone really want Cliff to bother having Cliff write for them and cover all those yummy expenses unless all that yummy praise ends up in the NYT’s? Or are we to believe all them prospective clients just want to make it to Cliff’s education center homepage (cause you can image the mileage that shit gets you right?)

Well according to an update Cliff strenuously goes on to offer the following. Explains gawker again:

Reached by phone, Oxford repeatedly insisted that his demands for airfare and travel expenses were only related to the Oxford Center. “We’re disappointed that [redacted’s] companies didn’t qualify for the Oxford Center and he’s upset. The New York Times was never mentioned once—all conversation was 100 percent on Oxford Center,” he told Gawker.

When we read Oxford back the line from his own email stating: “I am not representing NYT this time. If I see a worthy story, I will engage in that capacity,” he said that was also related to his full-time business. “I write stories for the Oxford Center all the time. I make it clear that it is not for the New York Times.” However, the Oxford Center’s “Don’t Miss” ticker is only filled with his posts from the Times. There is also a prominent “NY Times Blog” link at the top left of the homepage.

The publicist for their part has called bullshit on Cliff insisting that he had always fronted for writing for the NYT’s and Cliff went on to say he just wanted his expensed paid and it was never about having him paid, cause according to the publicist Cliff always indicated that he was flying on behalf of the NYT’s, an assertion that Cliff continues to deny. Can anyone guess why? 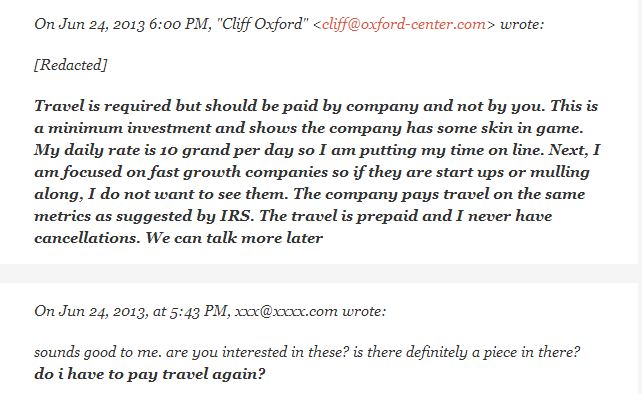