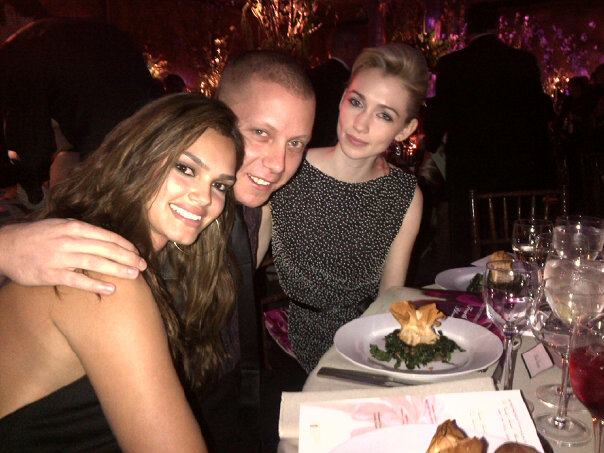 It seems the food over at the lower east side’s Sons of Essex has gone a little sour after reports that restaurateur and nightlife impressario Matthew Levine was pushed out of the downtown boite which he was brought on to run. So incensed is Levine with the way he believes he has been treated he has now gone on to sue his former partners to the tune of $20 million.

In the suit, Matthew Levine goes on to assert that the venture used his ‘good name’ before tossing him out. Levine furthermore goes on to claim that former partner Michael Shah allowed a convicted felon, accountant, Victor Jung to steal from the business, file fraudulent paperwork and use restaurant resources to host political fund raisers.

In his suit Matthew Levine goes on to note to the nydailynews that Jung served time in federal prison for embezzling $1.3 million from NBC Universal in 2008. Levine’s suit also alleges that Jung broke the law by moving cash, staff and even food from Sons of Essex either to himself or other associated restaurants within the venture.

Shah insists that Levine was only asked to leave the venture earlier this year after making unauthorized expenditures and for failing to meet predetermined financial milestones, a contention Levine vigorously contests on the grounds that Jung misappropriated resources which denied him any real possibility of meeting those goals in the first place.

From there Shah goes on to tell that Levine then approached him with a narrative of ‘outright lies’ before demanding a $5.5 million settlement within a 48 hour time period or he would take the matter to court.

Tells Shah: “It looks like he’s decided to pursue and avenue of public slander.”

It is not understood when the matter is set to make it court but one can expect the mood to be a little frosty as a spurned Matthew Levine reviews his options and learns his hard felt lesson that sometimes the food business can leave quite the dirty taste after all.

Other restaurant openings within the venture also include Cocktail Bodega, 61 Gans and Petaluma.