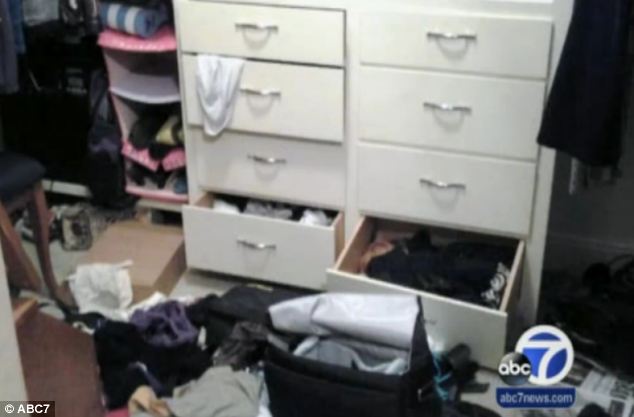 A small intimate get together invite amongst friends on facebook has led to one Aptos Hills, Santa Cruz, Californian household finding itself raided after the invite went viral on facebook and an estimated 300 senior highschool revelers turned up instead.

Within 15 minutes of posting on facebook, friends and fellow teenagers began arriving at the Santa Cruz graduation get together, which naturally led to more invites courtesy of social media and texts.

Told home owner Michelle Hirschaut who had left her 16 year old daughter at home alone, under the pretense that his little hotness was just going to bake cupcakes amongst friends:

“It was an out of hand mob crime scene, that’s what it was. What we were calling it.”

Hmm, that might be an understatement according to next door neighbor Chris Tomkins who had this to say:

“The kids just need to realize that 300, 400 kids cannot descend upon a neighborhood without any respect for all the other people in that neighborhood.”

Photos posted online showed attendees broke a couch, damaged the floor and hung from a ceiling fan. They also ransacked the drawers after someone announced it was his home and they were free to take everything.

Reflected an exasperated Michelle Hirschaut: “They need to be responsible, if they see someone’s house getting torn up, are you just gonna stand by and watch? No. You need to take some responsibility.”

Hmm, Michelle may have a point there…

Authorities have went on to tell that the 16-year-old daughter was unable to control the good shit going down at her family’s home, after she managed to escape with the family dog and called 911.

“It was an out of control, outrageous house party that the attendees, I believe, vandalized and gave out the party giver’s address,” said Sgt. Christine Swannack of the Santa Cruz Sheriff’s Office.

But of course like any good out of control house party cops came across some good shit which led to one individual being arrested:

ABC7: Cops also came across a driver who nearly backed up into a party goer, after questioning the teen, 18-year-old Anthony Arroyo they found marijuana, drug paraphernalia, stolen jewelry, a stolen rifle, stolen shotgun and other items stolen from the home inside his car. In other words the usual good shit you would expect to find at an out of control get together..

If only you have turned up as well…