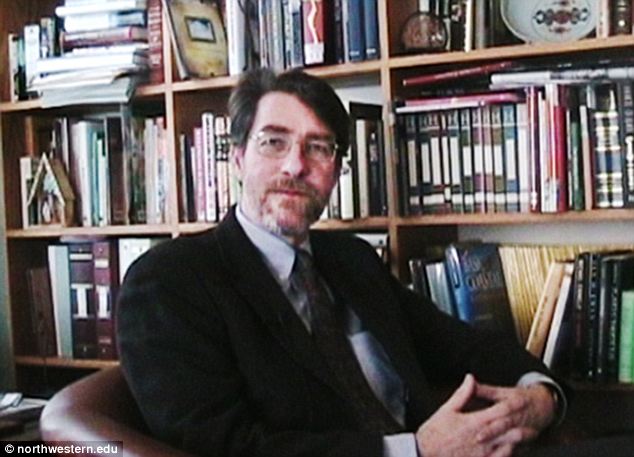 It seems some academics don’t take to the extracurricular behavior to their students too favorably after all. Case in point, Northwestern University professor, Dr Mark Waymack who has gone on to resign after once again coming across empty beer cans and condoms strewn across his front yard. I know kids I’m flushing from the gills too…

Since resigning from the prestigious university, Waymack (who commanded the position of Adjunct Associate Professor in Medical Humanities and Bioethics) has gone on to blame the school’s lenient attitude towards student antics for prompting him to take permanent leave.

Told the professor in his resignation letter: ‘My perception is there’s a culture of tolerance or perhaps indifference on the institution’s part that students will be students. I hold you and your office accountable for this sort of behavior.’

Kids tell me Dr Waymack is not too happy with school officials? Of course I’m willing to bet he had a few talks with school officials in the weeks and months before who did nothing much but shake their head in commiseration as you and your school buddies continued to set fire to those used knickers.

Told the professor to CBS Chicago: ‘The used condoms tend to show up in the back yard, actually. I think they horse around late at night.’

Kids raise your hand if you aren’t flashbacking to your own episode of on campus debauchery that undoubtedly had some of your academic seniors shaking their head in grief?

And what does the school think about Dr Wayman resigning?

Told a spokesperson for the school: ‘The university tries to be a good neighbor and hopes our students are good neighbors as well. We wish him well in his future endeavors.’

Of course that may also betray a cute letter that got mailed off to gawker back in October, 2010 for similar behavior which had the school viscerally shaking its head.

As of yet it is not understood which school Dr Wayman may end up landing at but one certainly hopes it will be one where the students will have the decency to stack their empty beer cans and used condoms under their bed as opposed to on Dr Wayman’s front yard…at least Dr Wayman would like to think so.