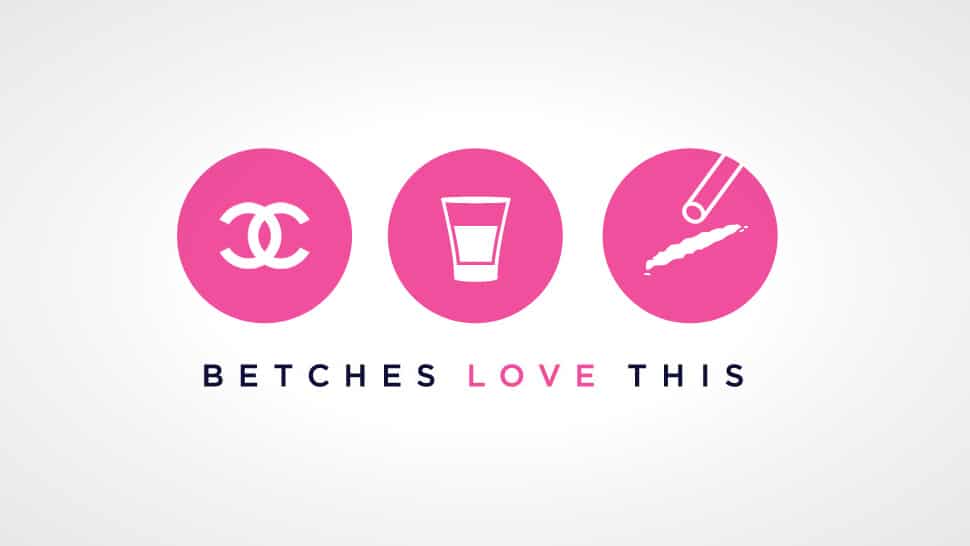 In the search for all good things in life, three sassy 20 somethings have come up with a not so new website dedicated to the exploration, exploitation and attainment of what youth, good looks and sassiness can provide a young woman on the go. In short this new breed of woman is called a betch.

Unlike jappy or gold digger or primadonna, the betch has a more subtle rule set that she aspires to observe: ‘“don’t be easy,” “don’t be poor” and “don’t be ugly.”

All indelible qualities if one can attain them which of course is the goal of website creators of betches love this.

Powered by Jordana Abraham, 23, and Samantha Fishbein and Aleen Kuperman, both 24,the site focuses on Greek life, status symbols, dating and dietingand getting the best and most out of life with a healthy serving of snark, irreverence and tongue and cheek.

And according to google analytics they’re doing one heck of a job with already 140,000 Twitter followers and four million unique visitors a month.

In a feature courtesy of the nytimes, the times goes on to tell that the trio have already had their first book published, “Nice Is Just a Place in France: How to Win at Basically Everything,” which ended up reaching No. 1 in iTunes’s paid humor book category. The trio also happen to have a small line of clothing and accessories (a shot glass, imprinted with the words Hot Mess, is one of the tamer items).

Their followers, overwhelmingly women ages 18 to 24, argue that the Betches “are saying things that most of us are thinking, but would never say out loud,” says Kylie Gilbert, 21, a rising senior at Northwestern and fan of the site.

Explains Jordana Abraham: “We provide an outlet for people to laugh at these behaviors.”

“In my posts, I am making fun of myself. Like, for instance, when it comes to dating, all the stuff that is counterintuitive, such as disliking guys who are nice and being drawn to guys who don’t treat us well.” No. 33 on the list is: hating nice guys. “There’s a certain confidence that the nice guy lacks that makes us wanna vomit.”

The times goes on to explain that the site tends to specialize in idiosyncrasies of a type of young women and how they live, like going to the bathroom in groups; buying expensive workout clothes (charged to Daddy’s credit card); talking about celebrities; thinking Diet Coke, iced coffee, and fro yo are food groups, and speaking solely in abbreviations.

That said the women seem to thrive on the cardinal rules of materialism and appearance and have gone on to promote behavior that some would find questionable, even if in jest, such as anorexia and adderall.

One post that managed to create a stink was titled “How To: Get People To Accuse You of Having an Eating Disorder,” which later had to be taken down as some of their followers had gone on to report that they hadn’t eaten in two weeks. Then again looking the part at any expense is a national obsession even if responsible publishers ought to know better…

Nevertheless for the time being binge drinking and sexting remain preferred pet obsessions.

Reflects Sarah E. Kersh, an English professor at Vanderbilt who has taught the writings of the site in film class:

“I think it tends to blur the line between humor and reality. Instead, I just see it recapitulating stereotypes about women, cruel and unattainable standards and, above all, unquestioned heteronormativity.”

And in case you’re wondering what readers think of the site, perhaps the below comment which had my eyes swimming might be an avid indicator: “They definitely give the impression that you can only qualify as a Betch — or, in other words, you can only be cool — if you’re thin, rich and dating a hot, successful guy.”

Because qualifying as the new it girl is an occupational hazard for the brave, vain, foolish, want to be good looking and of course the self deluded who sometimes knows not to take herself too seriously, save a nasty diet plan that goes occasionally horribly wrong.

above image via jezebel