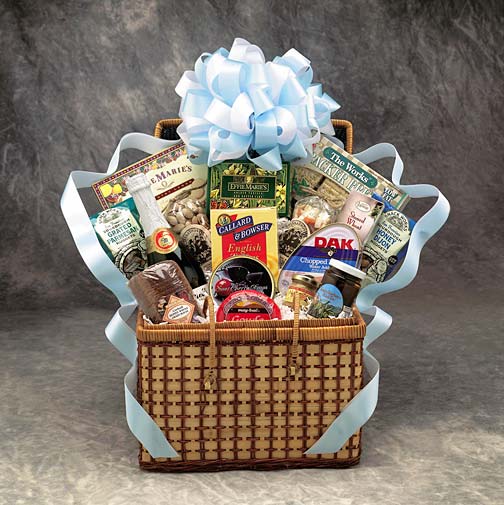 Kids have you thought to yourself what the proper etiquette of wedding giving is? Does one turn up to one’s wedding bearing gifts, expensive gifts, whimsical gifts or how about just turning up with a fat envelope with money in it for the bride and groom cause every new couple can use a bit of help right? That said hold those thoughts in the back of your mind as we tip toe into one Canadian wedding party that went out of control. The moral of the story? Be careful who you invite to your wedding and be careful whose wedding you choose to attend, you may end up being miserable for a while to come.

So the spat goes something like this. A little while ago a reader sent the Hamilton Spectator a text back and forth they had with a newly married couple, presumably because they were interested in garnering other reader’s thoughts on what counts for correct wedding etiquette.

The texts it seems followed after the reader and his girlfriend received an interesting text courtesy of the couple (who happened to be both female) the day after the wedding after bequeathing the newly married couple a handmade basket full of yummies that included pasta, salsa, olive oil, marshmallow yummies, Sour Patch kids and butterscotch sauce.

The text(see below) went on to unabashedly criticise the reader and his girlfriend for their wedding gift on account that one of the brides was gluten intolerant.

Tells the hamiltonspectator: The day following the wedding I received this text from the Bride I worked with:

“Heyyy I just wanna say thanks for the gift but unfortunately I can’t eat any of it lol I’m gluten intolerant. Do u maybe have a receipt”

To which I replied:

“We had a great time. Thank you again for allowing us to be a part of the celebration.”

To be honest, I was a little thrown off by this. A few weeks before the two of them came to eat at the Italian restaurant I currently work at (paying with the Gift Card I had my owner donate to their doe and doe…..but I digress), and both ate pasta, and not our gluten free stuff either.

I wrote it off as post wedding jitters, or a onetime laps in etiquette. Shared the text with my girlfriend, “hmmmed” and “hawwwed” over whether to dig the receipt out of the kitchen garbage can, and did a whole lot of head scratching.

Of course I’d be scratching my head too because by now I know something is up and it’s only a matter of time that the couple come after me with some new passive aggressive text. Which naturally arrived on cue the next morning to the reader. Let’s see what it said…

“Hey (writer) it’s (Bride 1’s) wife Laura. I want to thank you for coming to the wedding Friday. I’m not sure if it’s the first wedding you have been to, but for your next wedding… People give envelopes. I lost out on $200 covering you and your dates plate… And got fluffy whip and sour patch kids in return. Just a heads up for the future 🙂 “

At this point I am PISSED OFF to say the least. After mulling over it for a few hours I decided to send them both an email via Facebook (I would have sent it to their personal e-mail address, but I don’t have either. That is how close we all are) This is the message I sent:

“Hi , I want to tell you how incredibly insulted I am in both of the messages you have sent me over the last two days. (Bride 1), I am sorry that you have intolerance to Gluten, I am sure that makes life difficult at times. However, to ask for a receipt is unfathomable. In fact it was incredibly disrespectful. It was the rudest gesture I have encountered, or even heard of. That is until you, Laura, messaged me today.

Laura, the message you sent to me today was by far the most inconsiderate, immature, greedy, and asinine thing I have ever had the displeasure of seeing.

This is not even close to being the first wedding I have attended, and actually I have done a lot of research on wedding etiquette, a step in the process the two of you clearly skipped over (clearly displayed by Laura chewing gum, like a cow does hay, while walking down the aisle). Here is some help for you..just a heads up for the future.

The Bride’s Etiquette Guide: Etiquette Made Easy, Second Edition. Here is the link.

Too bad you didn’t read this, or any other etiquette guide prior to your “big day”. In respect to this particular topic, I would turn your attention to pages 147-149. I am sure you will not bother to follow this link, so I will fill you in. Not only is it wrong to have an expectation of any sort of gift, it is the ultimate insult to your family and friends to mention a gift of monetary value at all, let alone be so boorish to message someone with your disappointment in said gift. Also, you should never host a party that you cannot afford, or expect your guests to pay for it. On that note, I seriously doubt that you had an expense of $100/plate. If you did, you were taken for a ride.

In retrospect, this is the exact style of behavior I should have expected from the two of you, when you used the gift card donated to your doe and doe for a personal date night, then had the gall to ask your server for the “friends and family discount”.

I’m sure that one, or the two of you will mature, and grow into adults who will take a different, more respectful, LOVE based approach when you invite guests to your next wedding.”

Kids like me I know you’re all salivating and wondering what’s going to happen next. But before we go on to find out about the new hunky stuff let’s ask ourselves a couple of questions. Was it really necessary for the reader to really bother responding to the bride in question? What were they hoping to achieve? Did they really think they were going to educate the newly wed couple on what they perceive to be proper wedding etiquette? Or was this all just an effort to appease their own guilt that heck they did give a shitty present and maybe a couple of hundred dollars may have been the right thing to do? Then again maybe the reader just genuinely cares about the newly married couple and just wanted to send them packing in the right way cause who can’t resist a wonderful coddling along life’s treacherous way especially when your host has to part with a $100 a plate for their wedding guests?

By now blood had been drawn on both sides and now it was time to take out some giant daggers to tend to the horrid wounds. Yes kids, the blood letting is about to get fast and furious and I want you all to hold on for dear life.

At this point I thought we were done….Boy was I wrong

Again… Out of 210 people at a wedding… The only I gift I got from all was yours… And fluffy whip and sour patch kids. Your Facebook message had nothing to do with the gift. Weddings are to make money for your future.. Not to pay for peoples meals. Do more research. People haven’t gave gifts since like 50 years ago! You ate steak, chicken, booze, and a beautiful venue. To be exact the plates were $97 a person… But thanks again for the $30 gift basket my wife can’t even eat. If anything you should be embarrassed for being so cheap and embarrassing yourself walking in with a gift basket probably re gifted cheap ass. Again.. Out of 210 people, you were the talk and laugh of the whole wedding!!!! Worst gift ever story Is being passed along to everyone!! How about you tell people what you gave as a 2 person gift to a wedding and see what normal functioning people say about it!! Do a survey with people u know… And tell me what 100% of them tell you!! Wake up dude

it’s obvious you have the etiquette of a twig, I couldn’t care less of what you think about the gift you received, “normal” people would welcome anything given, you wanna have a party, you pay for it, DON’T expect me to, I don’t care what you or anybody thinks, you should just be happy your sham of a marriage is legal dude!

(Admittedly, throwing the legality of same sex marriage at them was wrong, I strongly believe in same sex couples rights to marry. I was mad, and lost my train of thought for a brief moment )

Lol. Your an idiot. Go research more on life

You should have been cut from the list.. I knew we were gunna get a bag of peanuts.. I was right

Never argue with an idiot. They will bring you down to their level and beat you with experience. – George Carlon.

You just proved this to be true.

Thanks for the fluffy whip :). Have a good day