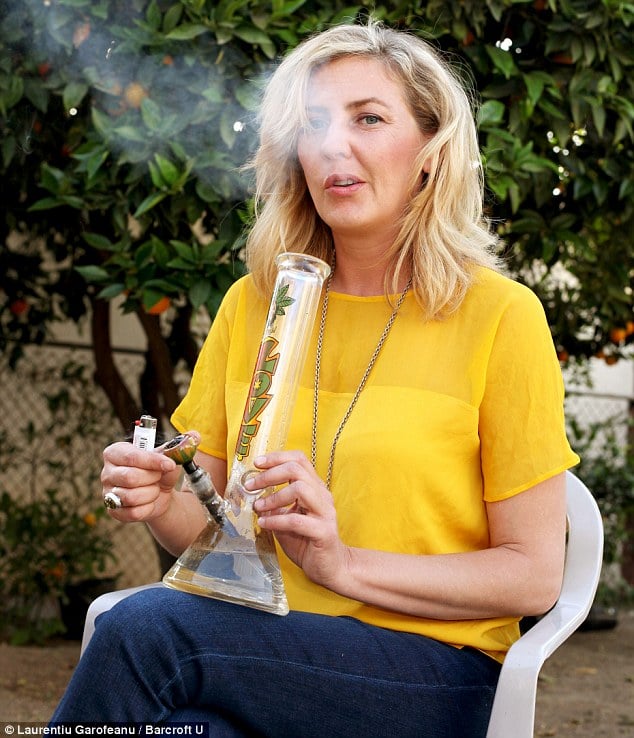 A group of well to do Beverly Hills mothers have these days made a point of getting together to enjoy what they consider to be the pleasures of cannabis.

Meeting once a month, the mothers go on to say that consumption of cannabis, which is legal in California with a prescription helps in fact make them better parents and wives.

The premise of their argument? That consumption of marijuana allows them to relax and cope with chronic pain, this despite assertions from lawmakers that the drug ought to remain illegal.

Explains Cheryl Shuman one of the principal organizers of the monthly meetings which involves married moms, stay at home moms and even the wife of a police officer: ‘We’ve all come up against people who say marijuana is for dirty druggies, but we are proof you can be good parents and productive members of society and use it.’

Goes on to reflect the 53 year old mother of two: ‘I like to think we are bringing some glamor and exclusivity to marijuana use.’

In a video released by Barcroft TV, the mother also goes on to add that she compares ingesting marijuana on a regular basis to mothers in the 1960s who took ‘mother’s little helper’ pills – Valium – to help them cope with the daily strains of motherhood and running a household.

Her monthly get-togethers also include meals comprising marijuana in the recipe.

She goes on to explain that past meals have included cannabis leaf salad, chicken fried in cannabis oil and marijuana milk shakes.

Naturally she goes on to add after the meal the ladies gather to sample new strains of marijuana.

One mother, January Thomas, 37, goes on to tell that she smoke marijuana five times a day while she looks after her two-year-old daughter Zenna. She adds the drug has become such an important part of her life that she’s starting to teach her daughter about it.

‘Marijuana makes me a better and more creative parent. It puts me in the moment with Zeena and stops me worrying about everyday problems,’

‘I want her to understand the benefits of cannabis so I read her books like ‘Mommy’s Funny Medicine’ and ‘It’s Just a Plant’ to teach her.’

Interesting stuff although one wonders if teaching a child is necessarily the right way to go considering that marijuana has the ability to impair one’s judgement and may over time lead to one relying on it just to get by day to day?