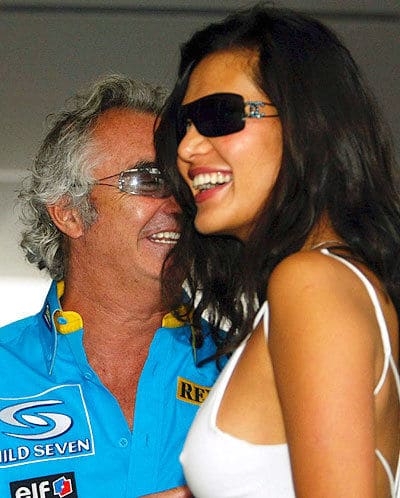 Here comes an article that had me wondering about the dialetics of dating in the fast to riches and glamorous corridors of New York city where rich men and glitzy ladies play a well vetted game of nabbing each other.

In an article courtesy by the NY Observer, dating guru (so he reckons) 52 year old Richard Kirshenbaum attempts to dispense advise as to how you glam types get a hold of each other.

Using the primary guise of well to do divorced men (because young men are too busy trying to make it and generally falling innocently in love) Kirshenbaum goes on to tell that most well to do divorced white males ultimately seek a Barbie on a stick.

Citing one of his newly single hedge funder friends, Kirshenbaum goes on to tell how the friend jokingly told the following: ‘Now I just want tits on a stick, a blonde wig and someone to tell me I’m great when I get home.’

Of course one wonders how much of a joke this really all is and if the above sentiment actually captures the endearing sentiment of most well to do white divorced men who have managed to have had their heart broken and now just want an easy ride into the sunset.

Conversely the socially well heeled author goes on to tell that while well-to-do divorced men search for someone who is not their equal, their female counterparts prowl the social scene for billionaires or oligarchs.

They want sex, companionship and money – though Kirshenbaum says a divorcee will rarely find all three in the same man and that you women need to be realistic.

He describes those who haven’t come to terms with this fact, as being in the ‘pre-realist’ stage.

Faced with the choice, he says single ladies will generally plump for dollar signs. Of course this has me wondering which single ladies Kirshenbaum is referencing…?

In a bid to find a plush suitor Kirshenbaum explains that upwardly white single girls flock to glitzy charity dinners and weekend soirees in the Hamptons.

Recalling one political fundraiser Kirshenbaum recently attended with his wife Dana (yes he is happily married going on ten years with three children), he goes on to tell how he met a ‘well-regarded’ financier’s ex-wife who adhered to this trend.

She told him she wanted a partner her own age or younger and did not want to date a ‘geezer’.

‘Rich – the richer the better,’ she affirmed.

While hunting for husbands with eight-figure bank accounts, Kirshenbaum reveals that such women fill their spare time with casual flings.

Concedes Kirshenbaum: ‘Eventually, the ‘smart ones’ he says, end up with the ‘best 60-year-old they can find’ and don’t care if they’re as ‘dull as a month-old razor.’

The moral of the story? Some men and women always end up getting what they deserve and then some…