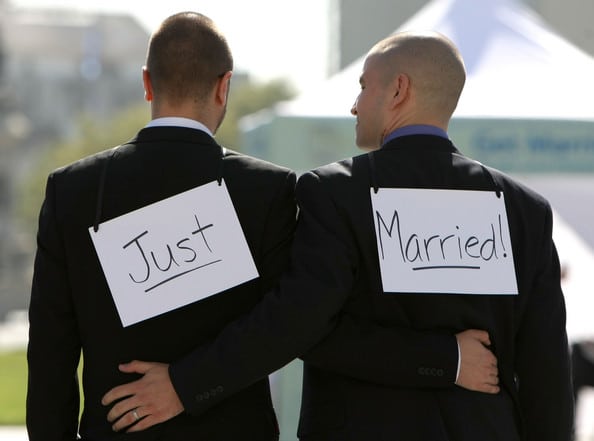 Last month a suit was filed against Barronelle Stutzman, a florist in Washington state, who refused to provide flowers for a gay marriage. The suit was filed by state attorney general Bob Ferguson, who claims that Stutsman’s company, Arlene’s Flowers, is in violation of state consumer protection laws. The attorney general seeks an immediate injunction and up to $2000 dollars in fines.

This topic was reported on by King5.com some time ago. According to their sources, Barronelle Stutzman is now filing  a counter suit. She is being represented by The Alliance Defending Freedom, who issued a statement saying…

“Family business owners are constitutionally guaranteed the freedom to live and work according to their beliefs. It is this very freedom that gives America its cherished diversity and protects citizens from state-mandated conformity.”

Stutzman now  claims that she is the victim of discrimination and that as a business owner she has the right to refuse service based on her beliefs.

What are those beliefs? Well, as it would turn out; Stutzman said on the company Facebook page that she could not sell the couple flowers “because of her relationship with Jesus Christ”.  And speaking of the Facebook page, there are plenty of people out there who have expressed their opinion on this matter via Facebook. Turns out that plenty of people have something to say about gay marriage.

This is an interesting situation. I mean hell, if the Boy Scouts can get away with excluding gay members for this long, you would think a small florist company would hardly even register. Washington state has a legal same sex marriage policy that allows religious institutions to deny wedding ceremonies to same sex couples. However, sexual orientation is protected in Washington by the states anti-discrimination laws.

Is this a case of discrimination? Or is it one woman’s attempt to exercise her religious freedoms? Wouldn’t it just be easier to order flowers somewhere else? All these questions will undoubtedly be addressed in the ensuing legal battle.

above image can be found here