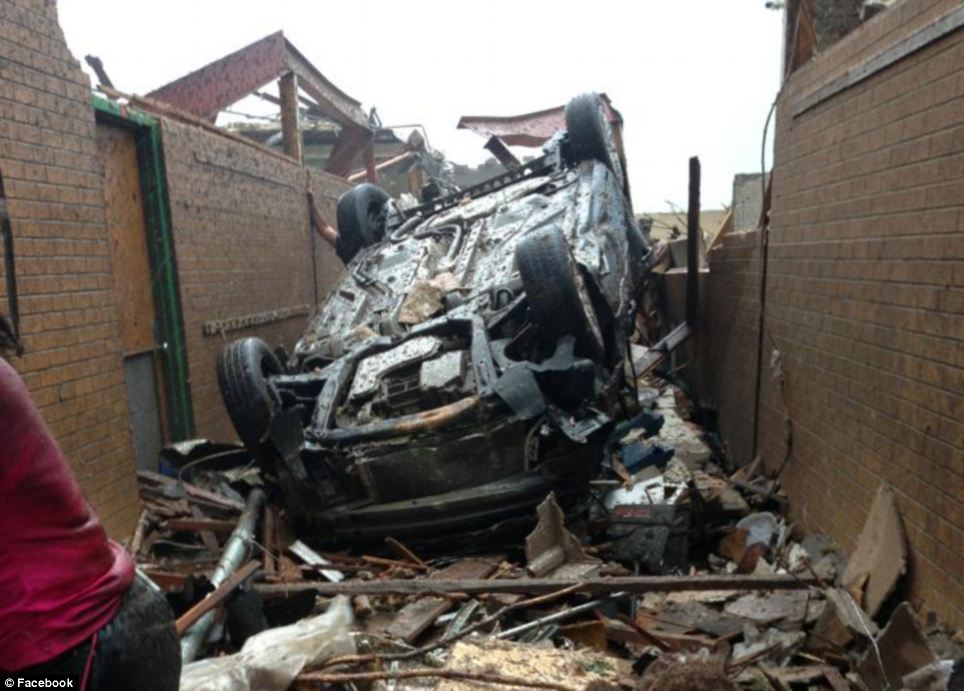 As authorities begin to take stock of the effects of Monday’s Oklohoma City tornado one thing that has become understood underneath all the ruin and devastation courtesy of one of the most tumultuous tornadoes in the US’s history,  is the fact that the death toll is now not as high as originally thought. That said what has also now followed is political bickering and finger pointing as to why more was not done ahead of the tornado which authorities had known about a week in advance.

Authorities has originally pegged the number of deaths to 51, including that of nine children whose school was in the direct path of the tornado but have now revised that number down to 24. In fact some media outlets had estimated the number of deaths as high as 91 but authorities later revealed that was an instance of some individuals being counted twice amid the chaos.

Nevertheless that number could in the end go higher as officials now fear for the lives of as many as 40 others. Preliminary reports tell that at least 240 people are injured, 60 of whom are children, and that searches continue for people who could be trapped under the rubble of homes and buildings that have been reduced to rubble.

In one part of town, Moore, where police said 19 people had been killed, entire blocks appeared as though they had been razed, and cars were mangled beyond recognition. Piled up where houses once stood were scraps of wood, clothes, glass and metal.

Told Gov. Mary Fallin: “It’s absolutely huge. It’s horrific. “It looked like somebody set off something that destroyed structures. Not blocks, but miles.”

That said despite the devastation fears still exist that there more might be on the way as lightning continues to flash over rescue and clean up crews.

The twister which was a mile wide at its base, and lasted 5 minutes as it passed through Oklohoma City and its outlying suburbs according to The Weather Channel. A reporter for KFOR has gone on to say the tornado kicked up a cloud of debris perhaps two miles wide. The National Weather Service initially classified the storm as an EF4, the second-strongest type, with winds of 166 to 200 mph.

That said authorities are now being with faced a deluge of criticism as some have gone on to accuse lawmakers wtih ill planning as the existence of the tornado was predicted as early as a week ago with some having called for the closure of schools ahead of this storm. Schools were no underground cellars were said to be in place.

Meanwhile Sheldon Whitehouse, Democrat of Rhode Island has gone on to criticize Republicans for allowing their polluters and “deniers” to contribute to global warming, and therefore indirectly to environmental tragedies.

“I don’t want this future,” Whitehouse said. “An America suffering from grave economic and environmental and diplomatic damage because we failed, because we didn’t wake up and do our duty to our people, and because we didn’t lead the world.”