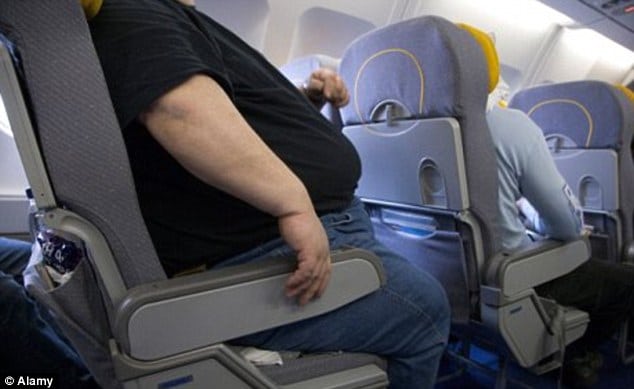 Samoa Air has become the first airline in the world to introduce the concept of pay as you weigh in response to those passengers who are often bigger than the seat assigned to them and who exact more due on the plane than others who in essence are forced to subsidize those passengers who take to the air more than fellow travelers.

Like many Pacific island nations, Samoa has a serious obesity problem and is often included in the top 10 countries for obesity levels. As such, Mr Langton believes his airline’s new payment policy will also help promote health and obesity awareness.

“When you get into the Pacific, standard weight is substantially higher [than south-east Asia],” he said. “That’s a health issue in some areas. [This payment system] has raised the awareness of weight.”

Under the new system, Samoa Air passengers must type in their weight and the weight of their baggage into the online booking section of the airline’s website. The rates vary depending on the distance flown: from $1 per kilogram on the airline’s shortest domestic route to about $4.16 per kilogram for travel between Samoa and American Samoa.

But here’s the kicker. Passengers are then weighed again on scales at the airport, to check that they weren’t fibbing online.

Langton goes on to tell that “the standard width and pitch of seats are changing as people are getting a bit bigger, wider and taller than they were 40 to 50 years ago.”

But there’s a flip for those who whose total weigh in is less than air fares currently being charged.

Langton goes on to point out that families travelling with small children could end up paying far less with the pay-by-weight scheme as opposed to having to pay for seat requirement.

“A family of maybe two adults and a couple of mid-sized kids … can travel at considerably less than what they were being charged before.”

Public relations and marketing representative for Samoa Tourism, Peter Sereno, said he believed that the policy would also help with safety standards.

“When you’re only fitting eight to 12 people in these aircraft and you’ve got some bigger Samoans getting on, you do need to weigh them and distribute that weight evenly throughout the aircraft, to make sure everyone’s safe,” he said. “At the end of the day, I don’t care who they’re weighing or how they’re weighing them as long as it’s safe.”

And then there were these reflections on the web as well:

The principle is sort-of correct, and weight is something that most people can control to a degree, but what about tall people? At 6 feet tall there’s only so much of my weight that’s under my control, and I’m naturally going to weigh more than someone who’s only 5 feet tall. It seems unfair that people are being charged more for factors *outside* of their control.

FINALLY!! As someone of average weight, I hate paying for the overly large person next to me (especially when half of their bulk ends up spilling over the armrest into my seat!). Similarly, it truly irks me that my son, who weighs 45 lbs dripping wet is charged the same as the 350 lbs person who needs 2 seat belt extenders. Airline cost are based on moving mass over distance. Charge based on that.

The people who say that overweight people should pay more because they take up your seat is nonsense, because even if the overweight person would pay more, s/he will still sit next you! Your complaint is the company’s benefit not yours, because they will earn much more money from your complaint but they will not change the seat sizes. What is the catch?

It’s not really discrimination at all. Do a la carte restaurants charge everyone the same amount whether they eat a little or eat a lot? You pay for what you consume. On a plane, your are consuming space, and fuel. Period. If the plane is full of overweight people, it costs more to get that plane in the air.

If you ship something via fedex, you pay based on size and weight.

Why should a child pay the same as an adult 6x their weight when it costs that much less to actually transport them?

Just because you are taller or bigger or whatever, doesn’t entitle you to a discount on air travel (which a flat rate fare actually amounts to). Conversely, just being small shouldn’t result in you paying a penalty for air travel.