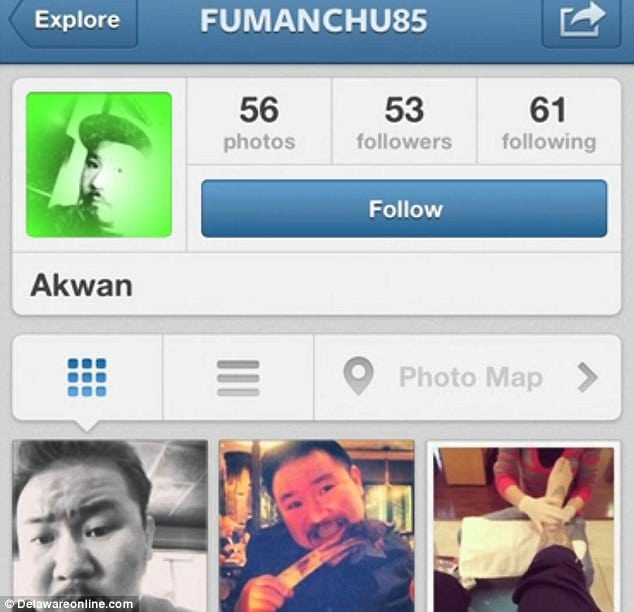 Fumanchu85 wants to make your dining experience a memorable one.

A Delaware restaurant has caused furore after one of its workers took to uploading images of what they perceived to be bad tippers and their receipts on its social networking sites. Making matters worse the photos were also uploaded with offensive and racist messages, including ‘cheap,‘ ‘hillibilies,’ and ‘jew.‘

Some of the more offensive postings include a photo of a bill for $53.80 for a customer with an Indian surname, who had tipped $5.20 – less than 10 per cent. 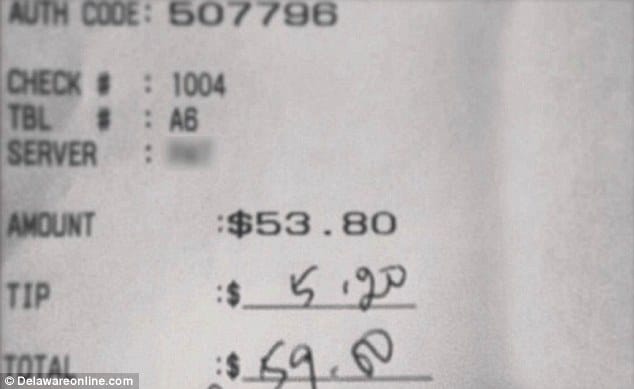 Making matters worse is the fact that sometimes, the restaurant employee, bearing the social media handle fumanchu85 would take photos of credit card receipts that showed the patron’s name.

The Padi Restaurant has since gone on to apologize since the images and comments appeared on its manager’s Instagram and Facebook account. Interestingly the restaurant’s manager, Aaron Kwan has gone on to strenuously deny any involvement and has since gone on to say that other employees accessed his online profile whilst he was not looking.

Kwan, who reportedly would regularly upload pictures of himself to the Instagram account, said he barely used the application and should have checked it more to see if anyone else had access.

‘It may be hacked because I left my iPad and stuff all around. ‘Probably some other water or waitress got really mad.’

Since the fracas made local media headlines, Edward B. Rosenthal, an attorney representing the restaurant’s owner and Kwan’s aunt, Eve Teoh, have gone on to say the business is working hard to restore its image after the messages emerged two weeks ago.

Teoh has written an open letter to customers that hangs beside the counter, apologizing for ‘unacceptable and insulting behavior’.

‘We sincerely apologize for those actions, and want the community to know that those actions and opinions are not consistent with our beliefs and values, nor are they welcome at our restaurant.

In the interim Aaron Kwan who maintains his innocence has gone on to be put on indefinite unpaid leave.

Tells attorney Edward B. Rosenthal: ‘We’re holding him responsible,’ he said. ‘But we feel there may have been other people [involved].’

To date no other employee has been implicated.