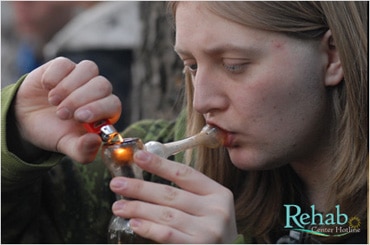 In what may be a promising new way to treat meth addiction, the FDA has fast tracked a testing process involving the drug Ibudilast which may or may not stem cravings.

Currently used in the treatment of asthma and post stroke complications, the drug (yes swap one drug for another) promises to put a damper on cravings for crystal meth.

The drug is said to work by preventing the activation of certain cells in the central nervous system, called glial cells, which have been linked to drug dependence.

Tells huffpo: The only options right now for meth addicts seeking recovery are counseling, an in-patient rehab center or Narcotics or Crystal Meth Anonymous. These treatments don’t work for many people, Swanson said. The FDA fast tracks treatments for serious or life-threatening conditions that demonstrate the potential to address unmet medical needs. The designation may lead to expedited regulatory review.

“When we see people come to participate in the trial, it’s really their last resort,” Swanson said. “Many of them can no longer hold down a job, they have strained relationships with family members. Gone went the cars, gone went the business, gone went the house, gone went the kids. The main focus of this person’s life is using meth.”

The UCLA study is small, “so it remains to be seen whether these findings hold up in larger studies where its effectiveness will be established,” said Dr. David Sack, psychiatrist and CEO of Promises addiction treatment centers.

“Nevertheless the importance of this finding cannot be overstated,” Sack added, saying there is “an urgent national need” for such a drug in clinical practice. “There are no effective treatments for amphetamine dependence despite more than a generation of research.”