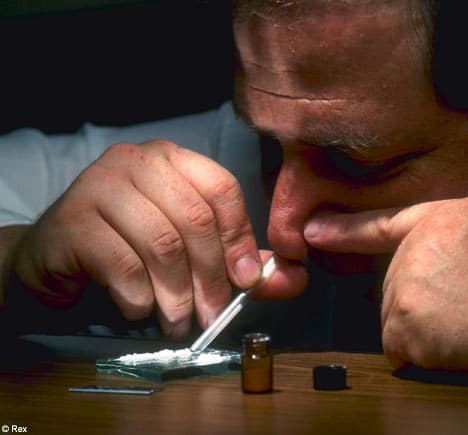 Stirring debate this afternoon is the assertion courtesy of the UK’s former drug tsar, Professor David Nutt that our enduring financial crises was the result of all them bankers imbibing on cocaine.

Told the controversial academic to the Sunday Times:

“Bankers use cocaine and got us into this terrible mess,” he told the paper adding that the drug made them “overconfident” and led to them taking more risks.

Nutt, who is professor of neuropsychopharmacology at Imperial College, goes on to claim that cocaine was perfect for a banking “culture of excitement and drive and more and more and more. It is a ‘more’ drug.”

As an example of his theory David Nutt cites the Barings crash reckoning that an avid abuse of cocaine led to bankers taking more risks that they normally would have. Of course that view may also be discounting the deregulation of the financial markets which took away traditional checks and balances and the belief system amonst ordinary laymen that they too were free to participate in the financial frenzy that was taking place right up to 2008 before the world spiralled out of control.

Interestingly the UK’s Independent goes on to note the following:

Prof Nutt was sacked from his role as the Government’s most senior drugs advisor in 2009 following the publication of a paper in which he argued there was “not much difference” between the harm caused by riding a horse and taking ecstasy. He also claimed that ecstasy and LSD were less harmful than alcohol.

He is partly right. When you are paid millions for doing nothing but moving a few zeros and hiding losses, it must be hard to focus on a spreadsheet whilst drinking champagne and taking drugs.

i can believe the connection between cocaine and the Banking crisis, it’s no secret that young wealthy people take lots of cocaine. It is the drug of choice of the upwardly mobile. You can just see them in the stock exchange taking lines then chasing massive deals to fuel their ego’s while they are on a rush from Coke.

The thing is I doubt if the chief executives and the politicians who encouraged their behavior were on Coke, they were an an older even more addictive drug, greed.