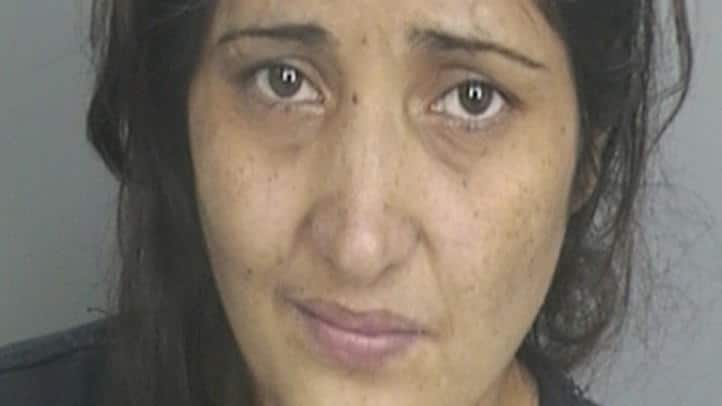 A Hollywood, Florida mother has been indicted after she burned her teenage daughter’s arms with a hot knife as punishment for talking to a boy she met on line. The act came as defiance against the girl’s parents wishes that she marry a cousin.

The mother, Sahar Thabit, 35, born in Yemen, was arrested Friday and is facing three counts of child abuse after the family learned about the Internet friendship, police said.

The case first came to attention after school officials were alerted by the 17 year old teenager’s burns, who went on to disclose that her parents became enraged for opting out of an arranged marriage with a cousin.

Huffpo goes on to note the following: the girl’s father, who was not identified, initially told police that the girl accidentally burned herself on the stove, according to the report. When a detective noted there were three similar burns, the father reportedly asked to speak to a lawyer.

Friends of the girl have gone on to tell police that the teen has tried to commit suicide over the incident which first took place in January of this year and is now reportedly living with family friends. At the time of the incident the child’s parents went on to call their teenage daughter a whore and a slut.

Huffpo goes on to note that victim advocates say that “honor violence,” in which a woman is victimized for having shamed or violated cultural or religious norms, particularly those of Middle Eastern countries, is gaining attention in the United States as more Middle Eastern families move here and young women immerse themselves in Western culture.

Tells Nova Southeastern University psychology professor Lenore Walker: ‘The rationale is that you’re shaming your family by getting involved with a boy or a man who is unacceptable for whatever reason. In this particular case, it’s because she was promised to another man and so she talked on the Internet, not even face to face.’

Since Sahar Thabit’s arrest and release on a $22 000 bail the Hollywood, Florida mother has been ordered to have no contact with her daughter. Can anyone guess why?