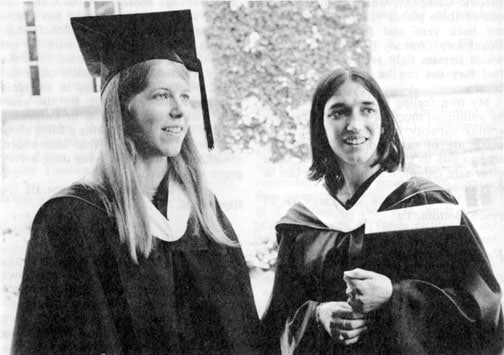 Hurry whilst you still have a chance…

Here’s a letter that’s been causing many to wonder out aloud: ‘Is she just bat shit crazy? Or maybe she has a point?’

It comes courtesy of former President of Princeton University Class of 1977, Susan A. Patton and it made its way into the university paper, the Daily Princetonian.

Addressed to “the daughters I never had,” Patton’s letter is in short a wake up call (as she sees it) about the waning years of all you women out there who think you know it all. But she really knows better (and she might as a former ivy league graduate and successful businessperson and of course mother of an eligible son currently attending Princeton- take note ladies) as she expunges you ladies to really focus what’s most important. Career path? Virtues of being an independent woman? The importance of knowing and understanding yourself? Take a deep breath and follow this way instead….

For most of you, the cornerstone of your future and happiness will be inextricably linked to the man you marry, and you will never again have this concentration of men who are worthy of you.

Hmm, this sounds interesting. Sounds like a lesson in liberation? Or maybe it’s just mom’s way to help her son to have you finally notice him?

I am the mother of two sons who are both Princetonians. My older son had the good judgment and great fortune to marry a classmate of his, but he could have married anyone. My younger son is a junior and the universe of women he can marry is limitless. Men regularly marry women who are younger, less intelligent, less educated. It’s amazing how forgiving men can be about a woman’s lack of erudition, if she is exceptionally pretty. Smart women can’t (shouldn’t) marry men who aren’t at least their intellectual equal. As Princeton women, we have almost priced ourselves out of the market. Simply put, there is a very limited population of men who are as smart or smarter than we are. And I say again – you will never again be surrounded by this concentration of men who are worthy of you.

And there you were all worried that you were outpriced out of the marriage market save for your one savior. Susan’s virile ivy league son.

But Susan has more for all you young girls to devour as she adroitly explains the dating dilemmas that will be soon waiting for you:

Because life isn’t worth much to a self respecting woman unless she has the decency to go and look for her still eligible bachelor Princeton son who is now taking round the clock appointments for all you shocked, nervous  educated women out there who until now never had the chance to know better.

Since Susan’s letter has come out it has received wide indignation, including this response via jezebel that had me in awe too:

‘It’s worth noting that this embarrassing window into how Ivy Leaguers talk to each other should be as cringe-inducing to modern audiences as Patton’s take on gender relations is. Some of the dumbest and most intellectually incurious people I’ve known were in my class at Princeton. And some of the smartest I’ve known went to state schools, or community colleges, or didn’t go to college.’

But rest assured Susan had a moment to collect her thoughts and reflected as thus:

Patton also marveled at the extreme backlash set off by her letter.

‘Honestly, I just thought this was some good advice from a Jewish mother,’ she said.

The proud alumna also rushed to set the record straight, saying that although the tone of her missive may suggest otherwise, she is not anti-feminist, and she understand that not all women want to get married or are interested in men.

‘I’m just saying, if as a young [Princeton] woman, you are thinking that you would like to have not just professional success but personal success as part of your life happiness, keep an open mind to the men that you’re surrounded with now,’ Patton said.

And then there’s this update via gawker that brought tears to my face whilst I was reminiscing why life never afforded me the good fortune of not being a Princeton man:

UPDATE: Gawker alumna Maureen O’Connor spoke to Susan A. Patton for an interview you can read over at The Cut. Turns out she’s recently divorced. BECAUSE SHE DID NOT MARRY A PRINCETON MAN.

Learn from Susan A. Patton, children. Marry the hawt bixch of your dreams whilst you still can. Expert advice from one overwhelmed Jewish mother.

And there was this reflection on the web that made me wince:

I’m desperately sorry that these days, universities produce graduates with lowest “practical wisdom.” I wish we could have had taught people to be mature and insightful, rather than sending them out with some phony degrees, or only with high academic achievements! I just eared my Ph.D for one of the top ten universities, and I’ve never thought of marrying a Ph.D from a high ranked university. Rather, I’m looking for a mature man who understands, is committed, and I can enjoy my moments with, and can be a great father for my children! I think such women are embarrassing role models for other young women!