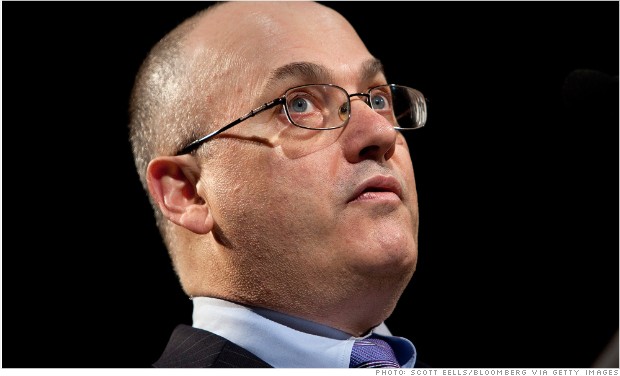 Did Steven Cohen of Sac Capital know about the $276 million insider trading scam?

What could have brought down most investment houses or high profile fund managers it seems has only served to augment the invincibility of  hedge fund billionaire, Steve Cohen as his much publicly tooted new acquisitions take center stage after settling allegations of insider trading with the Fed to the tune of $616 million. Hardly the money most of us have lying around under the mattress, then again one can never really be sure what Steve Cohen has lying underneath his piggy back of fun and games. All one need know is that one is always almost guaranteed to get their bang for their buck as they take on the ubiquitous spectacle that is Steve Cohen.

Case in point, after having settled an insider case which for a while had many wondering if his days were numbered and whether there would be further investigations against him (rumors had been rife for the last decade) Mr Cohen went out and celebrated and forked up Picasso’s “La Reve’ for a cool $155 million, (never mind the hole it’s until recent owner casino owner Stephen A Wynn managed to inflict on the painting which it is understood has been tended to) which almost suggests that Mr Cohen could have come up with an additional $300 million or so if the feds really insisted, but of course they did not.

Then again what’s $155 million to a man who is said to be worth $9.5 billion according to the Bloomberg Billionaires Index. In fact one is inclined to wonder if he was almost indebted to make a big public dash in order to attempt to rectify his momentary dip in reputation. Yes kids, money will always help the world forget about inconvenient things you may from time to time may find yourself being affiliated with.

Proving though one needed stop at one big splash investment but two as well, Mr Cohen had naysayers gasping for dear life as he nimbly plonked down $60 million for a Hamptons mansion which to his joy now has an unobstructed view of the ocean unlike the present one he owns courtesy ironically of another fund manager whose house has partially obstructed his view.

Which poses the question, is Mr Cohen really that infallible and what does it say that players like him who are incriminated in disturbing insider trader cases are simply able to pay their way off legal woes and then to boot ram it in our collective faces as he drops hundreds of millions of dollars on ripped paintings and panoramic ocean views? Could the divide between what passes for everyday America and most American’s real life struggles be any wider than Mr Cohen’s who has somehow managed to out buy everything that comes his way at the possible expense for what many consider is fair play?

Which might be another way of saying how long do gutsy players like Mr Cohen continue to run the ship that they do without a more thorough investigation of the dynamics that allows bloated financiers like him to literally tip themselves out any time their warrior chariot comes across an inconvenient pothole on their way to nirvana and of course unobstructed vista views…?