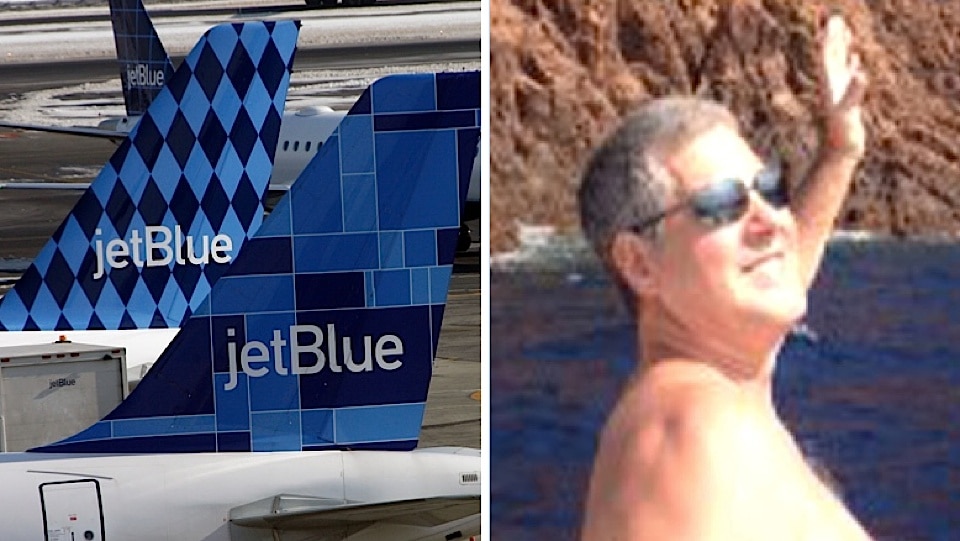 Brett Zorse would like to redefine for all of us what real groping actually means. Listen and learn as Brett explains.

msn: Brett Zorse, a 50-year-old New York City man, has been charged with simple assault for allegedly massaging the thigh of the sleeping woman seated beside him on a Jet Blue flight last year. Even grosser? Zorse was traveling with his son, 12, who was seated on his other side. When the woman, 32, who didn’t know Zorse, awoke to find his hand beneath her skirt, she asked him what he was doing, to which he allegedly replied, “It’s not like I stuck my finger in your p*ssy or grabbed your tits.”

Because Brett had to show his son how the good shit is done? Because Brett at least had the decency to avoid really transgressing an innocent woman when he could’ve all out and jumped her then and there- so at least he knows something about fantasy foreplay.

The woman went on to tell authorities how she fled in tears (I know she should have just manned up and at least guide Brett’s hand where they were desperately searching to go) and how Brett had been making inappropriate sexual comments throughout the flight.

And then there was this astute reflection via jezebel that had me frothing too:

Zorse’s behavior, on the other hand, speaks to an undercurrent of entitlement so strong that it goes beyond just fracturing the tenuous social contract we all (should) live by. Nobody is entitled to treat another person’s body as a mannequin in a please-touch museum. That goes for avuncular older men who “steer” their way past women by putting an arm around their shoulders and huskily whispering, “Excuse me,” and airline creeps who just can’t bear to sit next to another person without taking the proximity forced on economy-class travelers by an airline’s parsimony as a sexual overture.