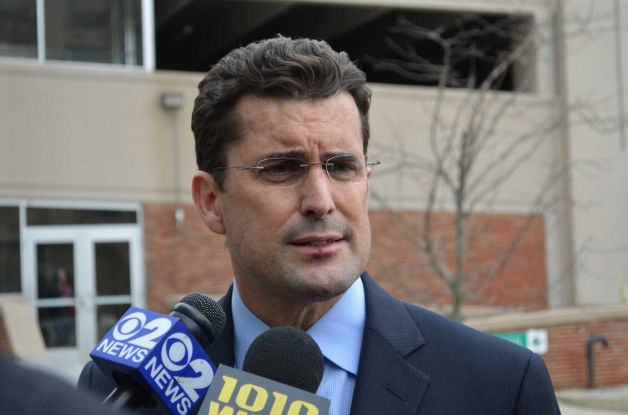 The latest revelations concerning the yummy behind the scenes life of Rob Morrison now involve assertions courtesy of a then waitress Maggie Nunez at Old John’s Luncheonette on Manhattan’s Upper West side in the early 2000’s.

At the time Nunez goes on to tell the NY Post how she would recall Morrison bringing round a bevy of ladies to dine with and how one incident in particular led to current wife nearly beating Rob.

At the time, Rob had just left his former fiancée, Jennifer Rainville (courtesy of present wife Ashley, who lobbied hard for Rob’s affections, and whom he would reconnect with again behind Ashley’s back in 2008)) who until then he’d often brought in regularly to the diner.

Yet unbeknownst, Ashley who happened to be a dead ringer for Rainville the pair nearly started getting into a heated altercation after Nunez mistook Ashley for Rainville.

Nunez said she mistook the new blonde for the old blonde — and nearly sparked a fight.

“I thought it was the same person because they look exactly the same . . . [Ashley] was mad as hell,” Nunez said.

Nunez goes on to tell the following as well:

“as I got friendly with Ashley, she confided in me that she had been the one pursuing the relationship with Rob and convinced him to leave Jennifer for her,” Nunez said.

“She feels guilty and has always suspected him of thinking of other women.”

Which may explain to some degree why Ashley Morrison continues to stand by her husband’s side despite his errant ways both with respect to his drinking, capacity to yield to other women and of course to resort to violence, activities which have recently helped Rob make yummy tabloid headlines.