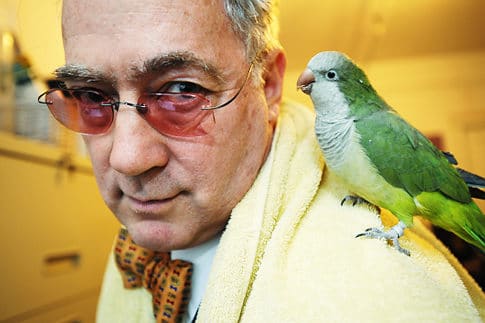 It seems the recent fracas that saw Aldon James, the former two decade president of the National Arts Club ousted has now reached a new impasse with reports this morning that Mr James is now suing a local hardware store (Warshaw Gramercy East Hardware) for changing the locks of his on site boudoir and thus forcing his much anticipated exit.

Tells dna: Former National Arts Club President O. Aldon James is suing a mom-and-pop hardware store for changing the locks to his apartments in the club’s Gramercy Park mansion during a battle over control of the club that led to his ouster.

Yummy right? One could never have imagined it going to such levels but then again it seems there is a lot at stake and a smidgen of seething resentment that has finally reached boiling point.

The fracas with respect to Mr James began amidst accusations last year that Mr James had allegedly misused club funds, charged below-market rent to himself, his twin brother and a friend, and using several of the club’s apartments to horde junk. Hmm, do you think kids?

And this is what Mr James’ $10 million lawsuit (yes I know, nice and frothy…) also includes too:

The suit claims that the club’s current president, Dianne Bernhard, did not seek James’ permission before hiring the hardware store to break his apartments’ locks, remove his property, and replace the locks while he was out. As a result, the lawsuit claims, all of the evidence James needs to defend himself against an ongoing case brought by the state Attorney General was destroyed.

Tell me Dianne did not break any laws? Or maybe she didn’t? Maybe she found a clever loophole? Or maybe she was pressured to take action? Or maybe she’s just a mean tough bixch? Or maybe she was just finally fed up with Mr James who may or may not attempted to reconcile with the board for perceived/actual transgressions.

Continues dna: The Attorney General is currently suing James for allegedly using club funds to line his own pockets. The Manhattan District Attorney had also investigated James, but declined to bring criminal charges against him.

But things were ugly. Purportedly so much stash was hauled out of Mr James’ apartment that dumpsters had to be brought to haul it away. Kids is this society playing nice? What’s a good sip of the good shit with some effort at diplomacy and manners? Hmm, maybe society is bereft of manners after all? Could that be true Dianne?

And then there’s this too to make you search for another whiff of the good stuff:

“Defendants concede that they kept no records whatsoever of the 21 large construction dumpsters filled with Plaintiff’s property that they destroyed,” the lawsuit states. “These destroyed records were essential to Aldon James’ defense of multi-million dollar damage suits against him by both the Attorney General and the Club.”

From what it appeared the National Arts Club has taken the position that it has spent upwards of a half a million dollars defending itself against what it perceives to be meritless claims against it. See Mr James knows how to get even and now of course so does Dianne…Of course the question now is did she do it legally or not?