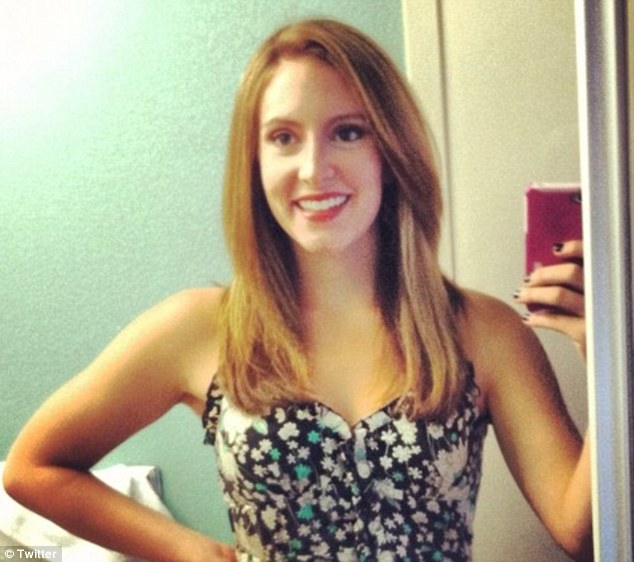 Talk about ‘making’  sure your own child succeeds….

A 21 year old woman, Aubrey Ireland a musical theater student has won a stalking order against her own parents after they admitted to having installed monitoring software on her computer and phone to ensure that she would succeed.

The order stipulates that Aubrey Ireland’s parents, David and Julie Ireland must have no contact with their only child until September 23, 2013 and that they must keep 500 feet away at all times.

Despite the young woman’s many accomplishments and success’ (she has managed to make the dean’s list consistently and land leading roles at Cincinnati‘s prestigious College-Conservatory of Music) her parents would often drive as far as 600 miles unexpected and accuse her of promiscuity, using drugs and having (the irony is too palpable) mental issues.

According to the Cincinnati Enquirer the girl’s parents at one point approached the school department head to complain that their daughter had mental problems and how they were considering going to court to force her to get treatment.

As the tension between Aubrey Ireland and her parents escalated, the girl at one point was inspired to call the police to her apartment where she claimed she’d been assaulted by her mother, who naturally said the same thing of her own daughter.

In fact tension was so high that the school was even forced to hire security guards to keep Aubrey’s parents out of her own shows.

Having by now cut off full contact, Aubrey Ireland’s parents stopped paying their daughter’s tuition (which of course raises the question why if they are insisting that they only care about her success?) and went as far as demanding that she pay them back $66 000 that they had spent on her tuition and living expenses. The judge in turn refused and the school in the end elected to provide Aubrey Ireland a full scholarship in her final year.

Said the girl in court:

‘It’s just been really embarrassing and upsetting to have my parents come to my university when I’m a grown adult and just basically slander my name and follow me around.’

A grown adult who will of course come to the understanding that going forward she can not ask anything of her parents for fear of risking that they deem that as permission to exact their virtues and demands on her. Sometimes a parent’s/benefactor/angel/investor’s love and attention is best left alone. Assuming you don’t mind all the overwhelming and distorted stipulations that some parents like to insist on….