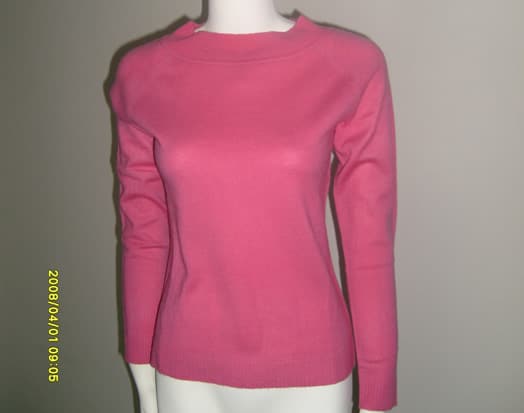 Joelle O’Reilly-Hyland would like you to understand she didn’t  mean to steal the good shit until she got caught, but then again none of this bad shit would have happened had they just allowed her to the 50% discount she was hankering for on a cashmere sweater. In the process of repossession the sweater cop also found the well heeled socialite had taken of with a few other trinkets….

mvtimes: On Thursday, August 30, police arrested Joelle F. Hyland-O’Reilly, a well-heeled shoplifter from Bedford Hills, New York, when she and her family arrived in Vineyard Haven to board the 9:30 pm ferry to Woods Hole.

Last Thursday, when a family walked into the Green Room to buy a paddle board, Belinda Ritchie thought she recognized the distinctive sweater the woman customer was wearing. It was identical to a charcoal grey cashmere sweater, with the image of a fox embroidered with silver thread on the back, she knew was stolen from a friend’s shop in Menemsha.

While her husband purchased the paddle board, Ms. Hyland-O’Reilly took items, including an embroidered shirt, into the dressing room. The shirt was later found to be missing, according to Tisbury police Officer Jeff Day’s report. Store employees helped the family load the paddle board on top of their Mercedes Benz SUV.

Once it was reckoned that Joelle was the bad bogey woman (all socialites who don’t have enough class to pony up the $100 or so it costs to pay the fair price of the asking item they are stealing can automatically assume they belong in this category) cops with the tip off that Joelle and her husband were planning on catching a boat that evening back to NY were sent over to wait for an unsuspecting Joelle.

And this is the play by play scene that will leave your mouth gaping in horror.

Chief Cioffi, along with Chilmark Officer Elizabeth Elwell and Tisbury Officer Scott Ogden, went to the ferry terminal to wait. When the family arrived they were asked to park their car in an unoccupied lane.

Ms. O’Reilly-Hyland, still wearing the sweater, first told Chief Cioffi she had bought the sweater online. She then said she bought it in Woodstock, New York.

“At this point, I advised Ms. O’Reilly-Hyland of her Miranda warnings and told her that I didn’t believe her story about where she got the sweater,” Chief Cioffi wrote in his report.

Ms. O’Reilly-Hyland admitted to stealing the sweater and agreed to pay restitution. “She stated that she really liked the sweater and was concerned that her husband would be upset if she kept spending money,” Mr. Cioffi wrote in his report.

Just in case you need some context of the crime, gawkerreports that Joell O’Reilly-Hyland and her husband who happen to run and own a well to do investment boutique are quite well of, after managing in 2009 to sell their Manhattan townhouse for a paltry $10 million (despite initially asking for a meager $19 million).

But then again let’s not fool ourselves you don’t need to be as poor as fuck to want to steal, sometimes the best perpetrators who can easily afford to buy said item a million times over are so often perpetrators, which in a perverse way kind of explains why or how they got rich in the first place.

Anyone for a half priced cashmere sweater?