David Glasheen, who has been living solitary on Restoration Island, an Australian island reckons he’s ‘the luckiest bloke in the word,’ but that may soon change as he now faces possible eviction after 20 years of living on the island solo.

dailymail.co.uk: The Australian man has been living on tiny Restoration Island off the north-eastern coast of Australia since 1993 after the former high-flying Sydney businessman lost £6.5 million in the 1987 stock market crash.

Living off crabs and coconuts, and connected to solar-powered internet, David Glasheen has enjoyed a life of private tranquillity his dog Quasi.

Talk about going from riches to rags. That said the former business man, current recluse now in his 60’s may now have to give away his private oasis, after he failed to build a resort on the 1.53ha island, a condition of the lease which allowed him access to the land. 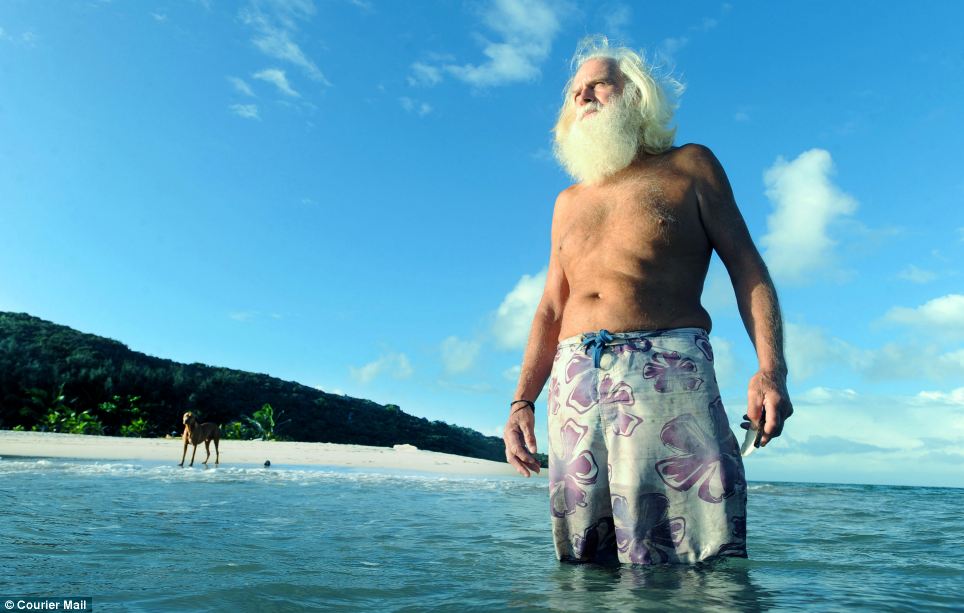 The Daily Telegraph: ‘This judgement is just horrible.’

Living a reclusive life, Glasheen learnt to be self-sufficient, growing vegetables and brewing his own beer. He also still trades stocks using an online trading account.

He said: ‘You soon learn in the bush to survive. If you don’t you die pretty quickly.

‘It is a fabulous place, I am a lucky bloke to be there.

‘I have learnt a huge amount. I started to value what is really important. Trust, honesty, respect – simple things.

‘I have learnt that you can do things with very little.’

That said life hasn’t always been a holiday for the recluse.

‘It gets lonely out here.

‘My only hope is for a mermaid to turn up on the beach.’

A girlfriend had initially moved to the island, 1,500 miles from Queensland capital Brisbane, with Glasheen but found life there too difficult.

He is visited occasionally by passing yachtsmen, kayakers and groups of organic farmers.

And then there are the court battles to contend with too:

A Supreme Court judgement said the island’s directors had been trying to get Glasheen to vacate the island since 2000.

The court said: ‘The defendants have wrongly deprived the plaintiff of its asset for over a decade during which time they have enjoyed its benefits.

Glasheen is considering appealing the decision.

Asked what he will do if he is forced to leave his island home he said: ‘I have no idea. I live on now. Tomorrow I might be dead.’

Never mind, perhaps David will have to get used to backpackers and the high end tourists who will be sure to be come to this island if the state has its way. Then again maybe after 20 years it’s time for David to share his private oasis as maybe he’s had a chance to come clean with an ascetic lifestyle…. 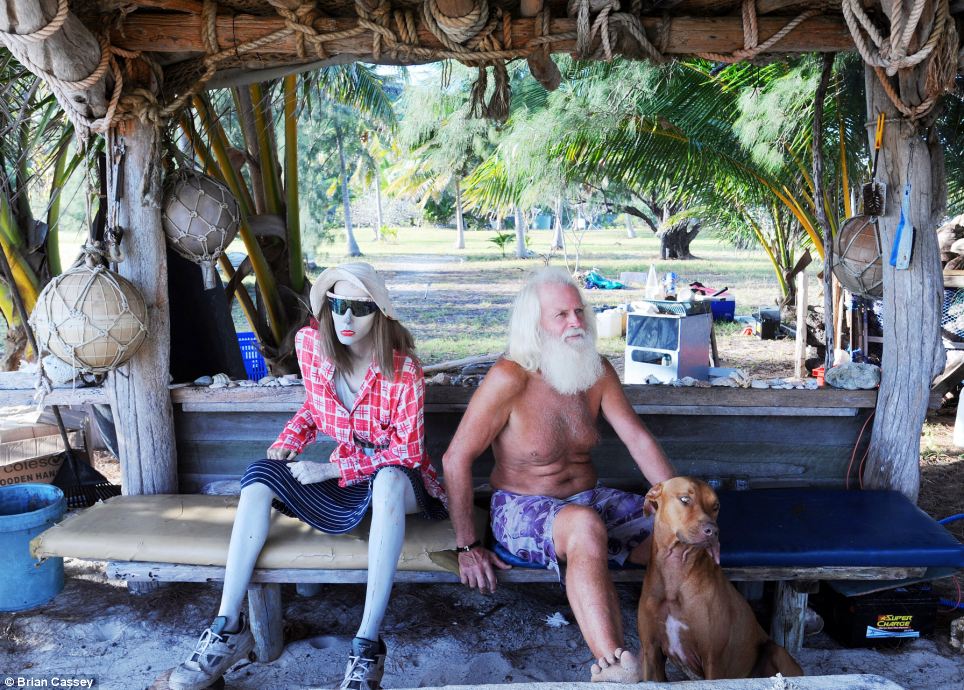 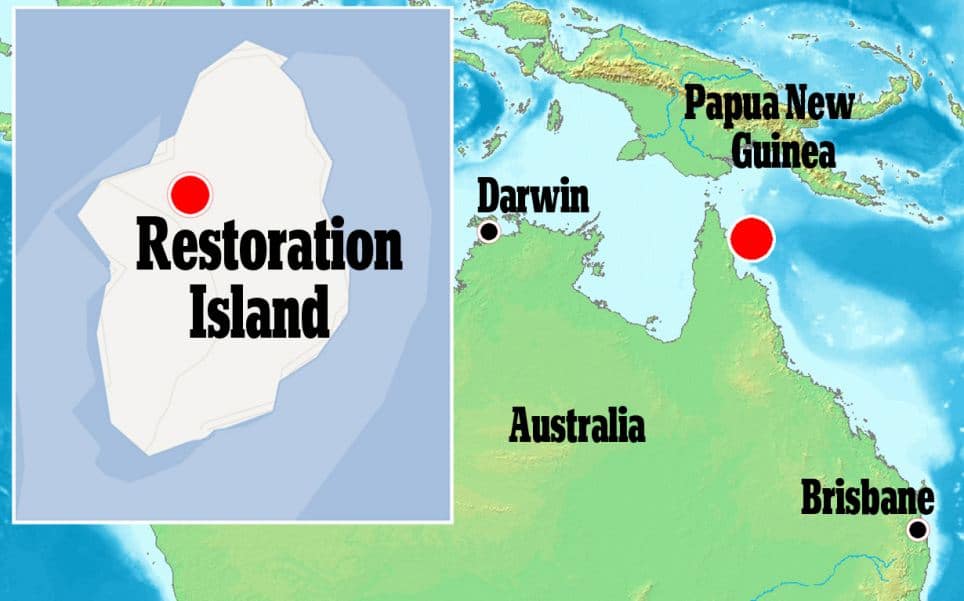 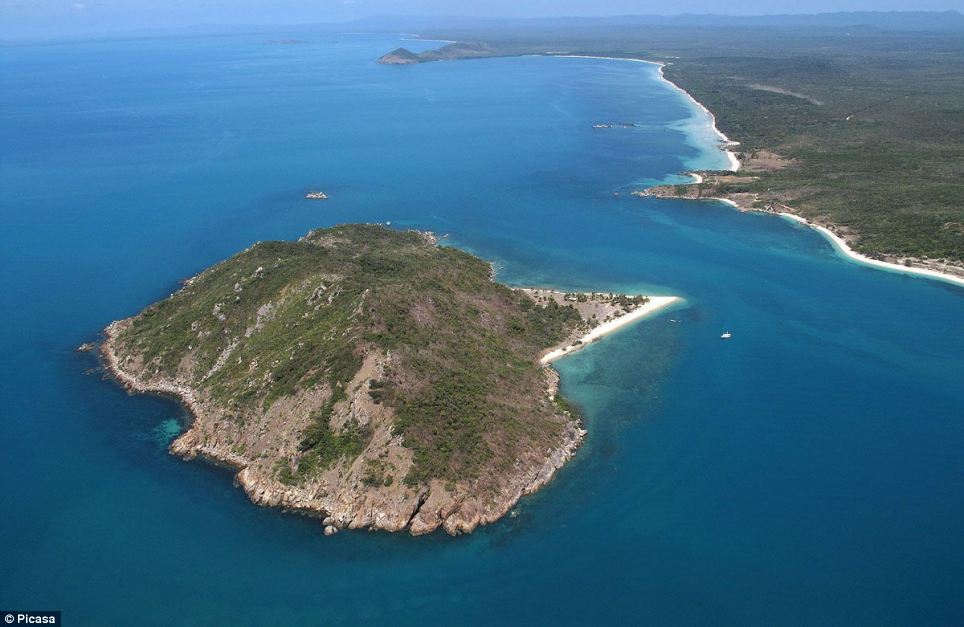