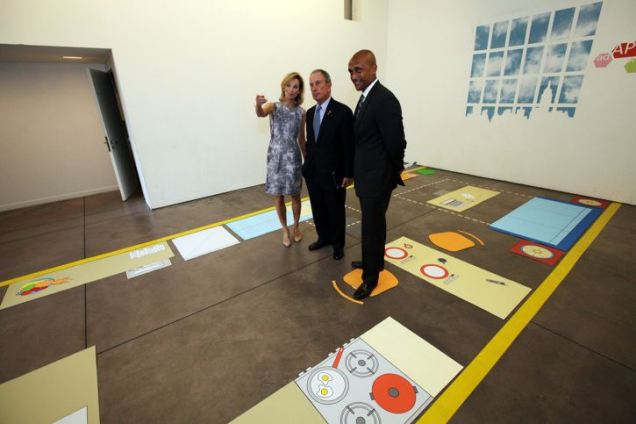 For those of us living in NYC, maintaining an apartment here can be a rigorous exercise in coming up with hefty rental fees or on the flip managing to have tactile living arrangements with people we’ve never met before (yes I have cupboard of horror stories to regale). That though may change in the near future according to a new NYC initiative courtesy of Mayor Michael Bloomberg who is exploring introducing 300 sq foot micro apartments.

The proposal to free up Manhattan’s perennial housing crises took center stage yesterday at 335 East 27th st as Mayor Bloomberg invited developers to demonstrate ways that they would create ‘micro-units.’ The initiative has also come at a time where city demographics have changed and family units have morphed over the years to single occupants. Yet the influx of single occupants has created a dilemma given that only million studios and bedroom exist for the assumed 1.8 million households out there looking for space.

With a mock full scale floor plan in place the mayor toured one side of the parameter where a bed lay, then from there to a bathroom (which came with a full tub) a kitchen and even a small dining area.

Of course the only caveat to the initiative is rolling back 1987 zoning requirements that mandate new apartments in NYC measure at least 400 square feet.

With the average rental price for a studio and one bedroom averaging $2000 and $2700 respectively, Housing Preservation and Development Commissioner Matthew Wambua expects the micro units to rent for significantly less. Although how much less will be interesting to see once room mates and out of borough NY’s rush to bid for their chance to live in NYC’s Manhattan.

Designs are expected to be submitted by this September where it is hoped apartment designs will be approved by 2013. Anyone for a dinner party?

A Bohemian’s nightmare- looking for a place to live. 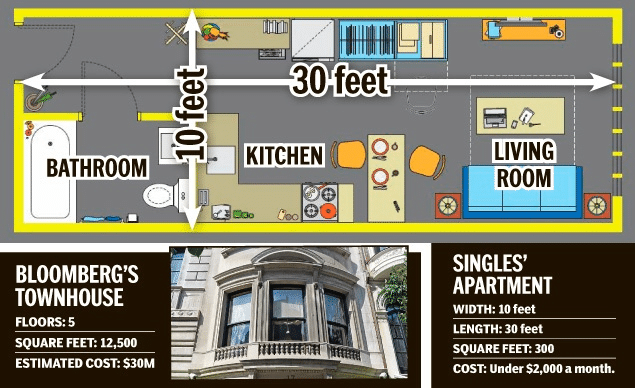