Valentina Guerrero, a ten month baby girl with Down’s syndrome is making heads turn as she stars as the cover model of Spanish label, Dolores Cortes, new designer swimwear campaign. Valentina also got to visit the catwalk this week when Cortez had Valentina accompany her during Miami Swim Fashion week when she made a delightful guest appearance at the end of the designer’s fashion show.Yes I’m actually beaming from ear to ear too.

Of course when it rains it pours and now the designer (are other designers paying attention?) has decided to use Valentina as the main model for the swimwear label’s 2013 Kids USA campaign.

‘People with Down’s syndrome are just as beautiful and deserve the same opportunities.

‘I’m thrilled to have Valentina modelling for us.’

Valentina’s mother, Ceceliz Elizalde and her partner Juan Fernando for their part  told the Down Syndrome Association of Miami that when Dolores Cortés USA contacted their family, they “were excited mainly because the fact that they are placing Valentina on the of a catalogue sends a very clear message of inclusion; all children deserve the same opportunities, regardless of their physical, economic, social, racial or medical condition.”

Chimed in the designer:  “People with Down syndrome are just as beautiful and deserve the same opportunities.”

Ms Cortes also announced she will donate 10per cent of the profits from the new Kids USA collection to the Down Syndrome Association of Miami.

Although not all the press has been necessarily ecstatic:

On XOJane, S.E. Smith writes, “While I firmly believe that things like this are important social steps, the larger the production made about them, the more disabled models are othered. When you’re singling them out for special attention, you’re reminding everyone that they’re different, instead of just working models like anyone else.” Smith argues that while disabled models should be employed more often, there is no need to publicize their disabilities. She writes that Cortés went out of her way to announce that Valentina has Down syndrome to “[make] sure everyone knows how progressive she is.”

Publicity seeking or not one ought to still commend Cortesa for taking notice that being born with an impediment should not condone an individual to one of irrelevancy and that as a society we can share and embrace their own beauty too. 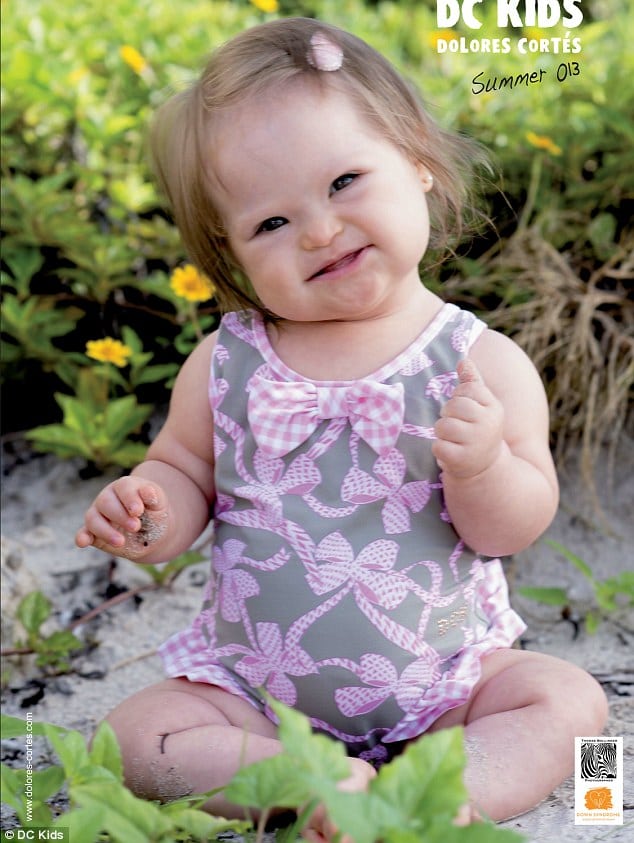 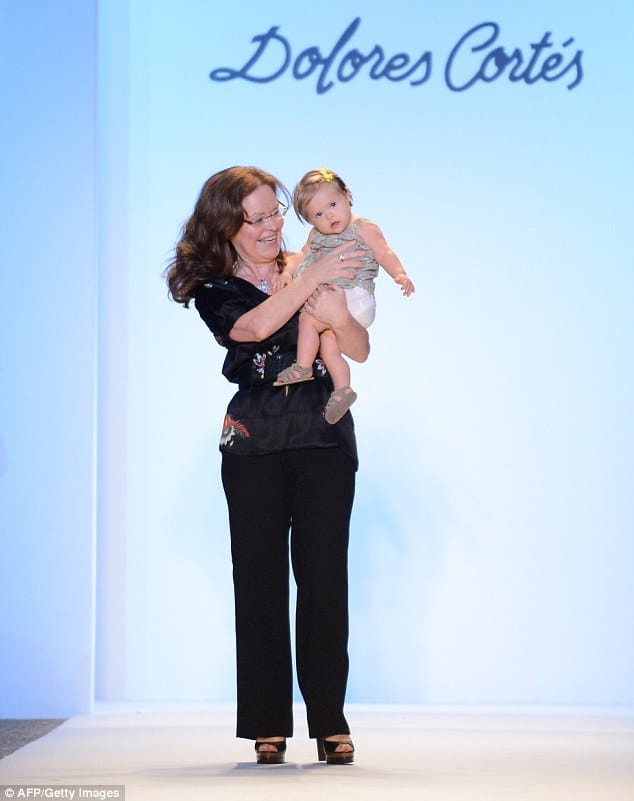