Sporting great Lance Armstrong is embroiled in a new scandal pursuant to a letter he received from the US  Anti Doping Agency (USADA) informing him that he has been banned from participating in his come back of choice, triathlons. The ban comes after he was initially cleared in February after a 2 year investigation of doping charges was suspended.

Going on twitter last night, Armstrong confirmed that the letter alleges he used doping agents including erythropoietin, blood transfusions, testerone and masking agents between 1998 and 2011. Although Armstrong has been accused of blood manipulation and using performance enhancing drugs in the past to date he has never been charged with cheating until now.

Worse, Armstrong now risks being stripped of his 7 Tour de France victories and banned for life from cycling.

In a statement that the athlete has released today he asserts the following:

‘I have never doped, and, unlike many of my accusers, I have competed as an endurance athlete for 25 years with with no spike in performance, passed more than 500 drug tests and never failed one.’

‘I have been notified that USADA, an organisation largely funded by taxpayer dollars but governed only by self-written rules, intends to again dredge up discredited allegations dating back more than 16 years to prevent me from competing as a triathlete and try and strip me of the seven Tour de France victories I earned.’

What is interesting to note in Armstrong’s rebuttal is him pointing out that the agency is self monitored, suggesting that the way it applies its rules is inconsistent or open to personal interpretation and not overseen by another body. At play is the degree of politics at play and whether there are behind the scenes machinations that the public is unaware of?

‘Although USADA alleges a wide-ranging conspiracy extended over more than 16 years, I am the only athlete it has chosen to charge.’

Then again Armstrong is probably the most highly visible figure within the sport and perhaps the USADA is set on sending a message to athletes as the summer Olympics roll up that it will not tolerate cheating and that it is being especially vigilant in an effort to deter those who have up to now being toying with the system. Bringing to the question has Armstrong been set up as the sacrificial lamb or is he as the letter states guilty of infringing the rules despite the good standing that his name holds?

What must also be considered is the fact that as one of the sport’s most high profile figures who has almost singlehandedly brought more exposure to the sport of cycling with his stunning wins and comebacks after testicular cancer is the fact that this could not probably not have been the case with some degree of use in concert with advanced medical calibrations and state of the art technology which posits the notion is the USADA now being hypocritical for reprimanding one of its elites for using the system that it tacitly sanctioned?

Or has it just been an incident of team member’s hand being forced to now come clean with what goes on behind closed doors and make Armstrong the sacrificial lamb? 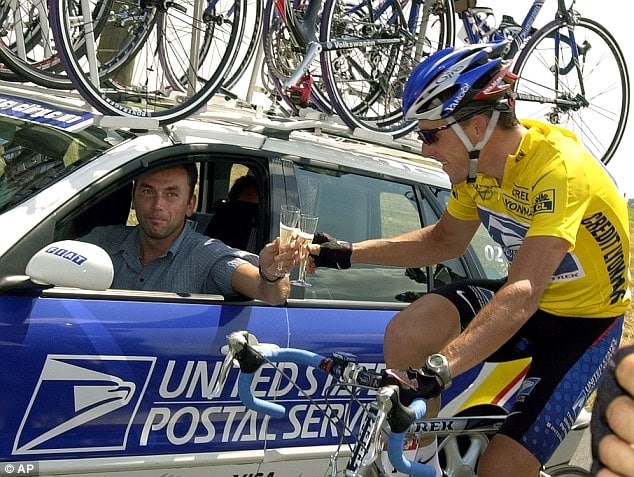 “…the USADA alleges that it has sworn witnesses to the fact that Armstrong and five former cycling team associates, including Italian doctor Michele Ferrari and cycling team manager Johann Bruyneel embarked on a conspiracy to conceal doping from 1998 to 2011.”

Continues Armstrong in his released statement:

“These are the very same charges and the same witnesses that the Justice Department chose not to pursue after a two-year investigation. These charges are baseless, motivated by spite and advanced through testimony bought and paid for by promises of anonymity and immunity.

USADA’s malice, its methods, its star-chamber practices, and its decision to punish first and adjudicate later all are at odds with our ideals of fairness and fair play.”

At present the USADA has declined to comment on the case, but one does have to wonder if it is asserting that Armstrong has been cheating since 1998, why it hasn’t taken so long to finally bring charges and why specifically now?

At present Armstrong has up to ten days to respond after which an independent review panel will take up the evidence.