Do you have a crazed kitty that needs the attention of the local police force? If so, you might want to consult with Marta Hevia first…

The NY Daily news today has reported about a 2 year old kitty that according to its owner 52 year old Marta Hevia suddenly went a little bit batty and turned on her. Reflected Marta Hevia:

“Nothing like this ever happened before. He kept jumping and jumping at me. I was coming out of the bathroom when he attacked. I said, ‘No, Aqua! No!’ He was trying to kill me.”

But things only got a little trickier when NYPD’s elite Emergency Service Unit were called in to deal with temperemental Aqua. Which is when Aqua then had to make his get away.

He scrambled away as they closed in on his hiding spot under a bedroom nightstand — and leaped through a glass window pane.

“I’ve never seen a cat do that,” said one cop who was trying to make the collar. 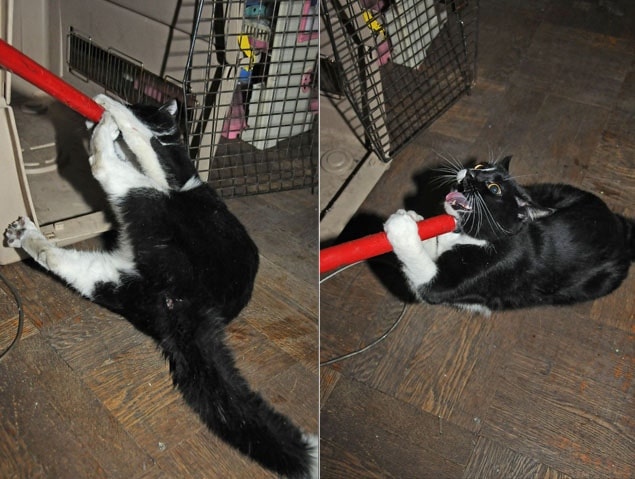 In the end Aqua was caught by cops. When later asked what set off kitty, Aqua’s owner offered the following:

“He’s neutered, but he’s always after (my other cat) because she’s in heat,” she said. “Maybe it was my perfume. Maybe he didn’t like it. I don’t know .”

Don’t you wish you had a ‘playful kitty’ that could command as much attention as Aqua? Unless of course you already do… 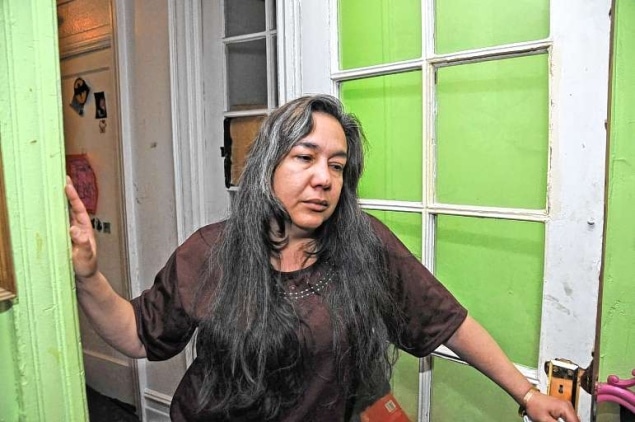 Scallywag’s note. I took the liberty of looking at what the NY Daily News readers thought had gone on (most were spitting and hating at each other) when I came across this interesting comment that might or might not give some clues:

This sounds like a case of “feline redirected aggression,” which can happen when a cat looks outside and sees a strange cat nearby. It sometimes defends it’s “territory” (even if it’s always been an indoor cat) by acting aggressively toward or attacking the nearest resident cat or a human. Read up on it here: http://www.cathospitalofchicago.com/online-cat-health-library/feline-redirected-aggression/ Having a cat in heat is never a good idea; I don’t know the circumstances, but it’s possible the female was attracting local toms, which set off the aggressive reaction in the neutered male cat. BTW, it’s a tuxedo CAT, not a tuxedo tabby. Tabbies all have tiger markings of some kind. Calling the cops and chasing the cat was definitely the wrong move. The right thing to do is to try to confine the cat to a dark, quiet room and let it settle down. And prevent it from looking out the windows. And get your poor female cat fixed to get it out of its misery. 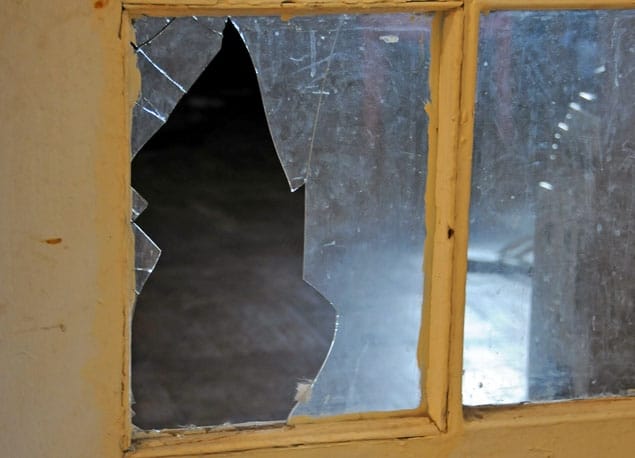