What to think, what to say?

As America’s conundrum with erratic and reckless air flying behavior reaches a nadir off the back of one JetBlue captain yesterday threatening to down a plane he was commandeering comes this afternoon the tale of a passenger on a US Airways flight who resorted to kicking, punching and spitting at crew after she was declined alcohol during her flight.

Reports the washingtonpost: CHARLOTTE, N.C. — A female passenger, Peggy S. Albedhady-Sanchez, aboard a US Airways flight from Charlotte, N.C., to Fort Myers, Fla., was arrested after attacking crew members before being wrestled to the floor by an off-duty deputy aboard the flight, an arrest report released Wednesday said.

The apparently intoxicated passenger aboard US Airways flight 1697 kicked, spit on, and cursed at a flight attendant after the crew member refused to serve her alcohol, according to the arrest report by Lee County Port Authority Police.

Hmm, unruly, intoxicated, spitting, brawling? Who needs to bother with in house flight entertainment when they have live action by action, swing by swing, spit slag by spit slag 3 rows over?

Apparently the punching of the egos began after our recalcitrant hero Peggy ‘I know how to out drink you any day of the week,’ insisted that the attending flight attendant give her another drink for the road. Denied, our Peggy started screaming she was denied her rights to have a good time or a lousy time which then led to a male flight attendant (that’s right bixch, better show the world who’s boss) attempting to settle Peggy down to only have Peggy slap the bixch across the jaw. A second attendant who came along to intervene was thus met with a karate kick to the groin before our Peggy was eventually restrained and huddled out of her misery in plastic hand cuffs.

Such are the torrid affairs of the restless, aggrieved and tempestuous flying over our beloved air space of America…post 9’11. 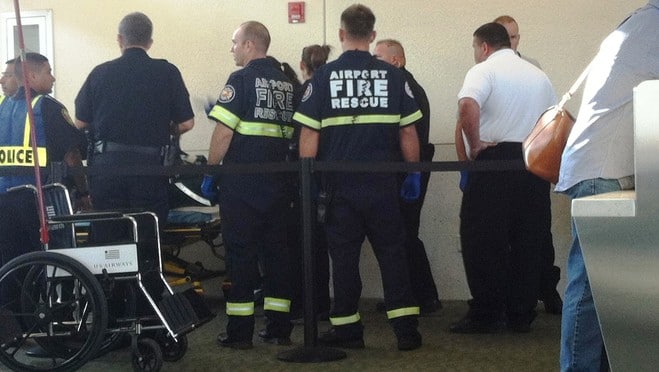