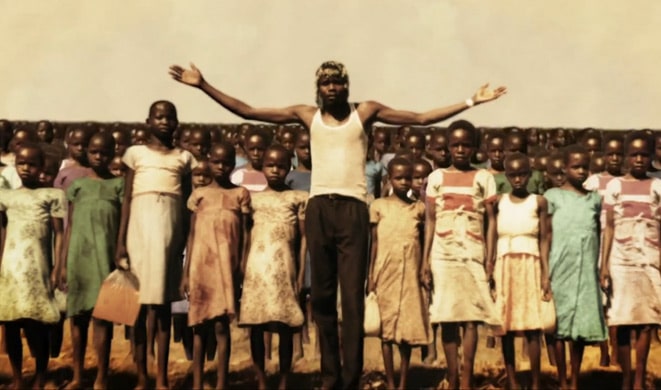 The Invisible Children movement is a cause that has for years focused efforts on ending the heinous crimes and atrocities taking place in Uganda under Joseph Kony’s Lord’s Resistance Army.

Kony’s guerilla army has forcefully and violently abducted thousands upon thousands of child soldiers, often times making them turn on fellow civilians, and even one another. The situation is a nightmare realized, consisting of brutal murder, rape, mutilation and horror for the Ugandan citizens in Kony’s path.

Kony 2012 is the Invisible Children’s movement campaign to bring an end to Kony’s power, by making him a household name. The idea is that if everyone in the world learns who Kony is and what he is doing, there is a chance to capture and put an end to this horrific killer, who has flown under the radar for over 20 years.

A 30 minute YouTube video was created for marketing purposes, and combined bits and pieces of the original documentary that put Invisible Children on the map, with the game plan of how the charity will make Kony famous by the end of 2012.

The video went viral and became an instant hit, receiving over 60 million views in only a matter of days.

Naturally, the next step was to bring the video to the source, and to screen it in Lira in Northern Uganda, for the actual victims of Kony’s war.

The audience members were outraged. The victims became so angered that they started yelling and throwing rocks at the screen.

Al Jazeera’s Malcom Webb reports: “The event ended with the angrier members of the audience throwing rocks and shouting abusive criticism, as the rest fled for safety, leaving an abandoned projector, with organizers and the press running for cover until the dust settled, “

And according to Huffington Post: Due to the response, future AYINET public screenings of “Kony 2012” in Lira reportedly have been canceled.

After hearing this I wondered, why all the anger? Why are these victims lashing out at the cause that is trying to save them?

I proceeded to watch the video, and soon understood what the issue was.

“The next 27 minutes are an experiment…”

The video begins with Invisible Children founder Jason Russell declaring that “the next 27 minutes are an experiment,” and as famous quirky and touching YouTube videos play, he explains that if we make Kony famous, we prove that major world changes can be made through media.

Jason then introduces us to his young and adorably blonde son Gavin. Gavin jumps and plays and smiles for the camera. He even points at a photo of Jacob, a victim who played a prominent role in the original documentary, and gushes, “Jacob is our friend in Africa.”

While we watch Gavin enjoy the warmth of his home and the love of his beautiful family, Jason explains that he wants a better world for Gavin. He wants Gavin to live in a place where crimes of this magnitude do not exist.

Though this is a lovely sentiment, I can see why the victims had such a problem with it.

First of all, Jason refers to the video as an experiment, and although it may be an experiment to see how many viewers it can achieve, it is clear why someone who had their family members brutally massacred in front of them would find this off-putting. Does this mean they are the guinea pig in our Western science project? The experiment is based on their suffering, is it not? The violence and killing is not an experiment, and to those audience members, it is far too real.

Looking beyond the experiment comment, the victims said they felt that they were not represented.

Okello Jifony, a victim who fought under Kony for 18 months references the use of Gavin asking, “Why didn’t they use the real victims in this film?”

I agree that it is almost taunting to watch Jason’s spunky boy sit and work the camera, really having no idea what’s going on. Of course the Ugandan viewers were outraged. How insulting to the victims, to watch a father give a picture of Kony to his privileged son and explain, “this is the bad guy,” and when asked his opinion on the matter, hearing baby Gavin respond, “it’s sad.”

Well I’m glad we have his verification that it is sad. I really wasn’t sure after seeing the clip of victim Jacob, a child himself, crying out in