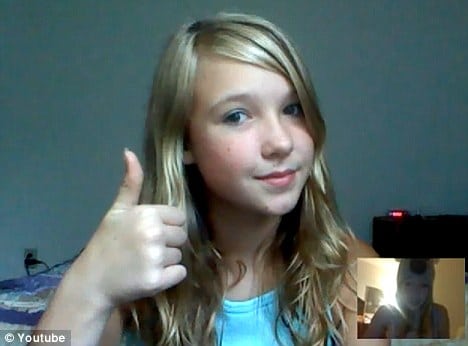 In a disparaging sign of the times, tweens, children aged between 11 and 13 are taken to the internet via youtube to find out once and for all if they are pretty or ugly?

The videos made predominantly by females (does that surprise anyone given the context of society’s valuation of women?) seek to affirm nagging suspicions that the users have of themselves.

And in case you think the phenomenon is just a passing fad with little serious attention being given to them, you’d be advised to think again…

huffpo: One video, posted in December of 2010 has gotten over 3.4 million views and 92,000 comments. “I just wanted to make a random video seeing if I was like, ugly or not? Because a lot of people call me ugly and I think I am ugly … and fat.” She goes on to show the audience a series of photos of herself and asks users to “tell me what you think.” The comments on these clips range from astoundingly awful (“my vote: UGLIER THAN A DEMON” or “F*ck off whore wannabe”) to supportive (“I think you look pretty and nice,”) to concerned (“Sweetie, ur 2 young to be using the Internet, much less having these losers judge you.”)

The sheer number of these videos, and how regularly their creators reference other ones, suggests that a virtual community has formed around the concept.

A virtual community? Has anyone heard of the expression monkey see monkey do? With media’s constant attention and adulation of women solely on how they look and society’s pre occupation with youths and one’s appearance is it any wonder that by the time a young girl reaches the onset of puberty, the sheer trauma of that experience is enough to send such young children searching on the web for truth or dare type validations amongst equally mortified tweens. Then again when as a society are we not mortified or second guessing ourselves and being told over and over the key to success is passing some secret sisterhood of what’s acceptable disposition and appearance? Worst of all the whole exercise has a suicide quality to it as tweens subjecting themselves to people who are strangers may only choose to be vindictive without ever having to be held accountable the way one would be in close proximity, thus setting up a reinforced cycle of extreme self hate or low self esteem.

huffpo: The need for approval coincides with the girls passing an age when self-esteem tends to peak. After age nine, researchers find that body confidence plummets. According to the NYU Child Study Center, one study showed that 59 percent of girls in 5th through 12th grade were dissatisfied with their physical appearance.

Jezebel’s Katie Baker annoyed by this trend goes on to ask the following:

And while the video sharing site officially requires users to be at least 13 years old, getting in when you’re younger is simple. Graff calls for parents as well as YouTube to more closely monitor kids’ use of the site. Given that many parents already believe they should be making decisions about their child’s Facebook use, this solution doesn’t feel particularly far-fetched.

Whatever happened to children standing in the playground getting dirty and not for a moment wondering about their appearances? Probably the same moment they discovered they were now developing womanly features and were reminded on the way home from school how many wonderful diets she ought to try this weekend to get the man of her dreams. Some dream….