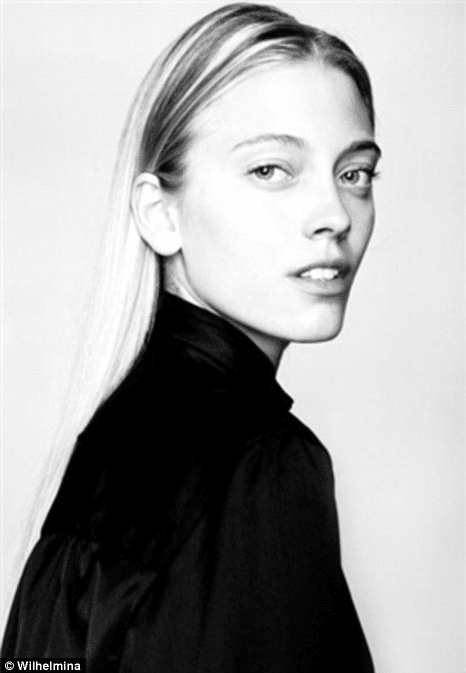 Only discovered two years ago, by accident, 21 year old Anna Zanovello waxes a Raphaelite presence of what one might come to find hanging at one of the walls of bourgeois palazzos, painted way back when girls like her rarely existed but certainly captivated attention- as she does now.

Featured by NY Mag, the new it girl has already opened for Joseph Altuzarra‘s Spring 2012 fashion week show and has trod the catwalk for Dolce & Gabbana, Donna Karan, Theyskens’ Theory and MaxMara.  But with her long lean physique courtesy of having started ballet dancing at the age of 5 where she has attended the worlds most prestigious dancing schools, who could be the wiser.

Yet there’s more to Anna Zanovello, who hails from. She comes with brains, as she currently studies engineering. But as much as she is fortunate to have made her mark in both the fashion and dance world, she’s sounds a degree of caution about it too. Reflecting about body image and body dysmorphia Anna reckons the world of ballet has it worse:

‘Well, I met a lot more bulimic girls [doing ballet]. I think it’s worse in ballet because they check your weight and if you’re above a certain weight, you leave the school. It’s horrible.’

And yet as she continues to pursue careers both in fashion and dancing (Last December, having won a ballet competition, she was awarded a one-month programme at the Bolshoi Ballet School) she is still forced to pay rigorous attention to her diet and her appearance, eschewing various carbs and making sure she gets in at least an hours worth of cardio every day.

Time will tell how one Renaissance woman will fare in the city of NYC  that will so much as eat you  alive if you are not careful. Then again judging from what Anna has to say some of the girls seem to be eating themselves alive already. Or to be exact literally not eating. Then again if Anna Zanovello keeps going the way she has been lately she might be too hard to miss as she starts gracing some of the vast billboards that make this city such a vast canvas for dreams that most of us would shudder to believe could come true.