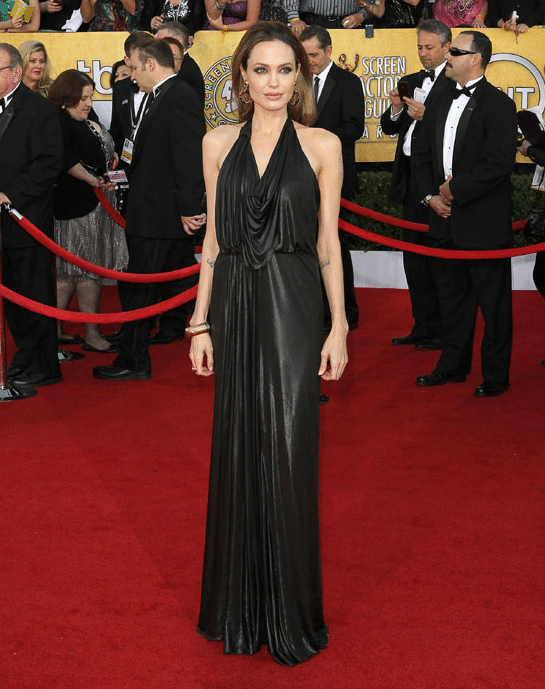 In an upshot kids? Boring, bland and shameful. What were these bixches thinking? Never mind, we’ll get even by shaming these horrid hopefuls who had the gall to terrorize us with their dowdy and often disastrous apparations. Ready? Good, let the chain saw go to work…. 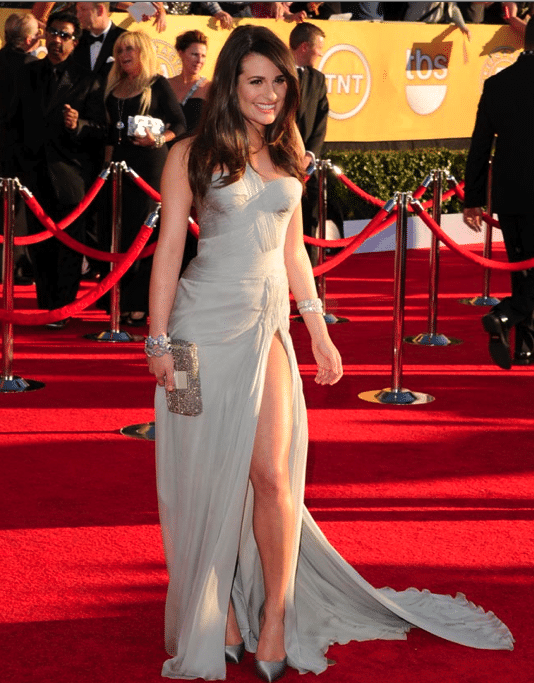 Kids, what’s up with Lea’s slit on her dress? What ever happened to modesty? Then again who needs modesty when you’re trying to coral the judges to slip a vote for you. On another note you can tell girlfriend has been going to the gym. But then again Lea this isn’t an audition for ladies razor. 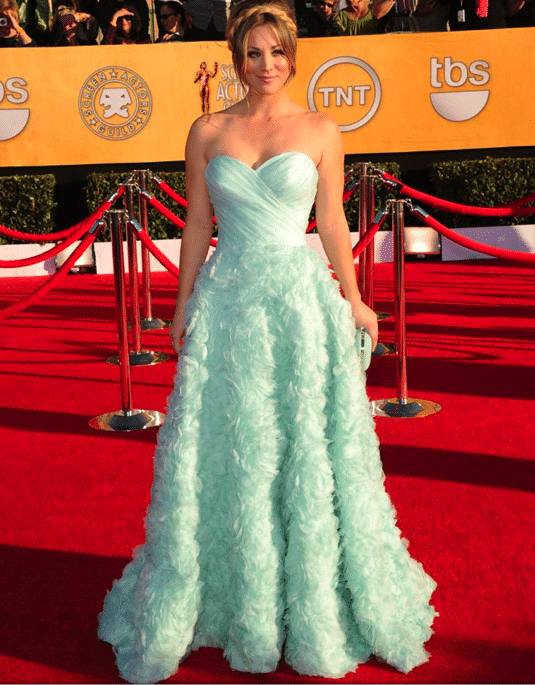 Kids, my eyes are still hurting trying to make sense of the fur thing climbing up and down Kaley’s torso? Did she steal this from a homeless person on skidrow who was using it to keep warm in the winter evenings? And what is it with that fake hair braid. If you’re going to go fake at least let it match with everything else that is fake. 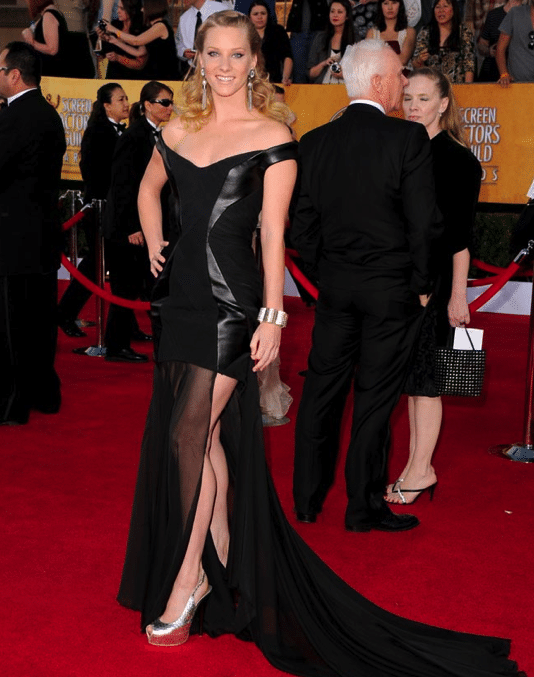 Kids, did someone die at SAG yesterday that we don’t know about? Did Heather attend someone’s funeral before she got to SAG? Or was she planning on attending a funeral after the awards? Or then again perhaps bixch was just attending her own funeral? The tacky pink eye shadow would have been better served if Heather stuck to the heavy Goth makeup that would normally and rightfully work for this outfit. Never mind. R.I.P Heather…. 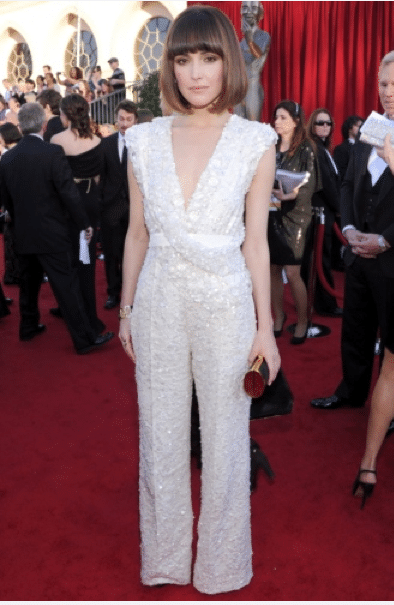 Rose Byrne in a white jumpsuit cry for help for Elle Saab.

Kids, what did Rose wear? Did Elton John lend her this monstrosity or was it something she pickpocketed from last weeks rummage sale of the best `1970’s jump suits available? And what the fxck is up with that bob haircut. Couldn’t she find a more intuitive way to dress? Doesn’t Elton John have a few wigs to loan out for distressed actresses? 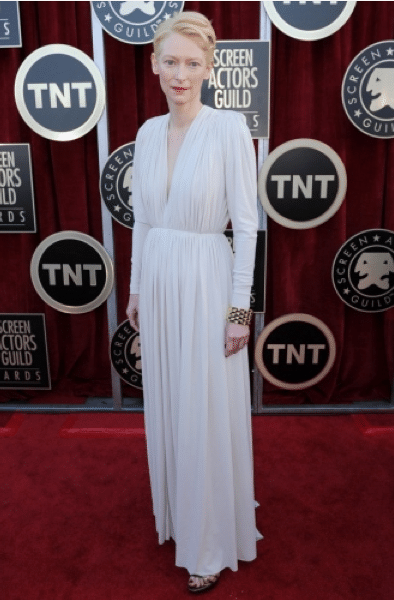 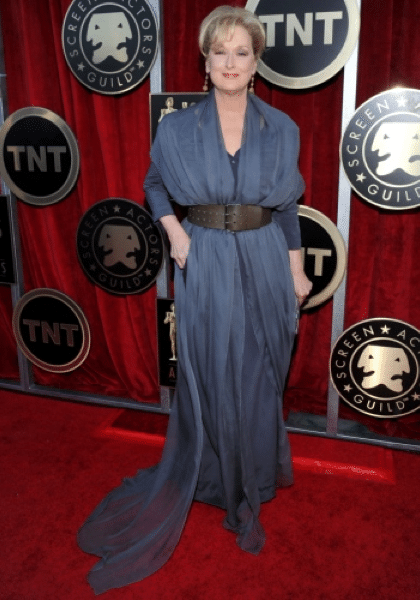 And this year’s undisputed winner of hideousness goes to Meryl Streep I never declared I knew how to dress but I can sure act out of a brown paper bag if I had to. Kids, take a long hard look at this bixches outfit. It’s heretical. And that belt that she uses to whip unrepentant interns with, what’s up with that? And do I spy pockets in the slit? Do I? Is this some sort of new fashion trend that only Meryl and Vivienne Westwood have conspired to? But never mind, this is Meryl’s back hand way of saying she could come dressed as a milkman’s side kick and it still wouldn’t matter cause bixch has proven and over she will always act out of a brown paper bag and leave you reeling in tears. Scallywag will always adore you Meryl. Hawt bixch…

The top ten monstrosities of the Golden Globe 2012 Awards.