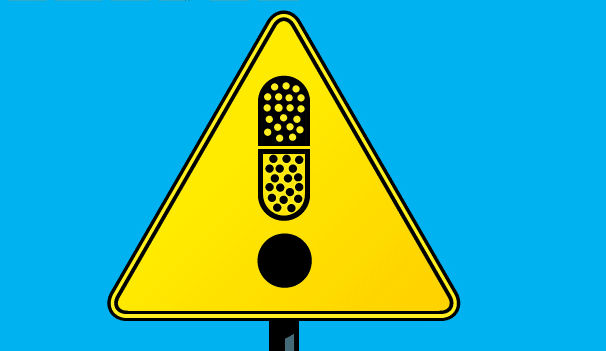 It looks like we can all begin to eat with abandon again (please clap loudly in appreciation) with the possible introduction (if big pharmaceuticals get their way) of two drugs that until recently the FDA wasn’t exactly too thrilled to bring to the market on the account of them giving you irate bowel movements (yes very yucky), magic heart palpitations (as if life didn’t give you enough already?) and of course mini sizzles in your brain (one of the drugs being proposed is used in the treatment for epilepsy which use of has been shown to play havoc with ones memory and if you happen to be a rat die of cancer). Which two drugs are we talking about?- Qnexa and Lorcaserin.

jezebel: In 2010, the FDA rejected Qnexa over concerns that it caused “suicidal thoughts, heart palpitations, memory lapses and birth defects.” The agency asked for more data, and in December 2011, Qnexa developer Vivus released research on the drug’s relationship to birth defects. Their study found that women who took topiramate in their first trimester of pregnancy had a 0.29% risk of having a baby with a cleft palate, compared to a 0.07% risk in the general population. Women who took the drug before but not during pregnancy still had a somewhat elevated risk, at 0.16%. This looked like bad news for Vivus, and its share price dropped. The company had already resubmitted Qnexa to the FDA, with a warning that it wasn’t for women of childbearing age.

Share price dropping? Heart palpitations? Hmm, I think I’ve already lost my appetite. But where there is a will there’s a way:

But this week, the FDA asked Vivus to remove that warning. If approved, the drug could be prescribed to women of childbearing age, as long as they weren’t actually pregnant. It’s unclear why the FDA saw fit to remove the warning, since Qnexa appears to approximately double the risk of cleft palates even when women take it before they get pregnant. A representative from the FDA’s Office of Public Affairs told me the FDA doesn’t comment on pending drug applications, so no help there.

No help there? So what exactly is the FDA thinking? Is there something wrong with the FDA or is it just a case that the FDA is metaphorically in bed with big pharma and one way or another it just has to say yes despite the public appearances of resisting your pet rat getting cancer and of course all your unborn children getting cleft palates.

Vivus is playing it cool by saying that the removal of the warning doesn’t necessarily mean the FDA will approve Qnexa. But the company’s stock price jumped at the news, and securities analyst Jason Butler told the AP the removal did signal that approval could be in the offing. He said that “women of child-bearing potential are currently the primary treatment-seeking population for medical obesity therapy,” and that the FDA was becoming “more collaborative on the path to approval for obesity drugs in recent months.” The agency is slated to announce its decision on Qnexa on April 17, so the drug could be coursing through America’s bloodstream within the year.

Well if the stock price is jumping it can’t be all that bad for you right? What self respecting banker or pharmaceutical would take advantage of the average American consumer? I can’t think of any. Can you?

And then there’s the part that the FDA have become more ‘collaborative’ on the path to approval in recent months which must infer that politically the will to pass this new drug is there especially since all the backroom deals we aren’t hearing about are underway. Right? Or maybe it’s got to do something with the upcoming elections and big pharma reaching into their checking accounts to write some very much needed campaign contributions.

This despite the fact that Vivus doesn’t appear to have any new research to allay concerns about cardiovascular or mental-health side effects — at least, none that they’ve released publicly. One 2011 paper commissioned by the company, which argued that Qnexa was “very safe” despite the fact that some users reported depression and anxiety, turned out to be based on old data the FDA already had. Vivus’s latest clinical trial, dubbed SEQUEL, does appear to have been modified in September 2011, but its “final data collection date” is listed as June 2010, well before the initial rejection. It’s unclear whether Vivus actually has new data for the FDA, or whether it’s just reinterpreting old numbers — a representative for the company couldn’t comment beyond some general information about the drug.

Well this sounds like we are in no man’s land and when in no man’s land it’s best not to upset the apple cart too much. Of course it’s only your life and health on the line, but then again let’s admit it- who wouldn’t do almost anything to shed a few unwanted pounds? Personally I’ve long abandoned eating in moderation or exercise. Well I actually haven’t but the temptation is always there to join the rest of America….

Meanwhile, Qnexa’s got a competitor on its tail. Lorcaserin, a drug also rejected in 2010 — because it didn’t work very well and gave rats cancer — has also been resubmitted by its manufacturer Arena, and the FDA is scheduled to make a decision on its approval on June 27. And according to Seeking Alpha, Congress is pressuring the FDA to approve new obesity drugs. So for Vivus and Arena, this could be an exciting year. For people who like healthy hearts, brains, and pregnancies, the forecast is less clear.

The moral of the day? Politicians, big pharma, and the FDA are in possible cahoots to make America a very lean place to live in even if you end up getting very sick or have your unborn babies come out with cleft plate issues.

Aren’t you glad you live in a greedy society that makes every effort to line each others pockets and keep the pockets of power squarely in line with big business?

Well at least you’ll look good until your brain starts frying but then it wont even matter anymore…and to think street drugs are supposed to be more dangerous than ‘legal’ drugs….