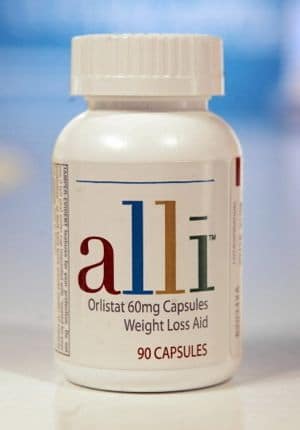 Will you continue to use the dieting drug- Alli, despite the increasing warnings of adverse effects on your health?

Personally me thinks eating moderate amounts of food and exercising will help an individual sustain a healthy weight. Of course most of you disagree with me because most of you choose to eat ad hoc and to remedy the effects of the ‘good times’ many of you turn to fly by night remedies, diets and drugs to counter the effects of weight gain. But given new medical evidence which highlights the possibility of adverse health effects, the question remains whether many of you will stop and reconsider reaching for your favorite miracle cure- Alli.

cleveland.com: CLEVELAND, Ohio — Alli — one of the nation’s most marketed over-the-counter weight-loss drugs — is under fire as a new study released this week revealed its key ingredient increases the risk of severe kidney injury.

Public Citizen, a drug-safety watchdog group, sent a 31-page letter to the U.S. Food and Drug Administration Thursday demanding that the agency immediately ban prescription and over-the-counter forms of orlistat, the active ingredient in Alli.

And to date how have the FDA reacted?

GlaxoSmithKline has known about the downsides of orlistat in Alli for years. In April 2006, Public Citizen urged a ban of the prescription form of Alli called Xenical because research in rats demonstrated that orlistat caused the formation of pre-cancerous lesions in the colon. The FDA rejected the petition.

Rejected the petition because most of the voting members of the FDA members happen to work with big pharma or are indirectly funded by big pharma? Which is a round about way of saying your vote has been bought.

But surely someone in the FDA has a conscience?

Last year, the FDA approved an increase in label warnings on Xenical and Alli after reviewing adverse reactions to orlistat and also finding symptoms related to severe liver injury.

And how often do you pay attention to warning labels? That ought to put a dent on sales right?

“This drug does a whole bunch in the way of harming people,” said Dr. Sidney Wolfe, director of the health research group at Public Citizen. The diet pill’s new label warning advised consumers to: “Stop use and ask a doctor if you develop itching, yellow eyes or skin, dark urine or loss of appetite. There have been rare reports of liver injury in people taking orlistat.”

Public Citizen’s most recent outcry comes days after a study published in the Archives of Internal Medicine showed that patients taking orlistat in Ontario, Canada, over several years showed a 2 percent increase in acute kidney injuries within one year of starting the drug.

And what has been the FDA‘s reaction since Thursday? None. That’s interesting. And what about GlaxoSmithKline– the manufacturer of these wonder drugs?

This week, GlaxoSmithKline defended Alli’s safety. The company also announced that Alli was part of a list of brands it expects to sell by the end of 2011, saying it wants to focus on fast-growing brands.

Fast growing brands? Does making lots of money sound like the cautionary tale one would advise for your health? Never mind- a run around the park might help, otherwise there will always be a fast growing brand to risk your life with…