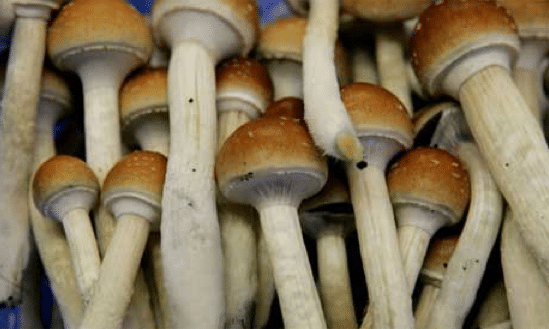 Studies led by Robin Carhart-Harris of London’s Imperial College have now presented tantalizing evidence that the effective ingredient of magic mushrooms, part of the group of psychedelic drugs, psilocybin may go a long way in the treatment of depression.

Argues Professor Nut, a former government drug advisor who was fired for his views that psychedelic drugs are safer than the consumption of alcohol and cigarettes, who is part of the committee testing the ingredient:

“Everybody who has taken psychedelics makes the point that these can produce the most profound changes in the state of awareness and being that any of them have experienced,” and he continues,” the drug derived from magic mushrooms could help people with depression by enabling them to relive positive and happy moments of their lives,

The study itself found a hard time getting initial government funding given public stigma and political suspicion towards the use of psychedelic drugs.

In essence the study which is still has a way to go has been able to show in 10 healthy volunteers a decrease in brain activity in those areas of the brain linked to ego, the sense of self and personality.

“This loss of connectivity might mean consciousness is less constrained by inputs from the outside world via the senses, which could explain why people can imagine things very vividly.”

Which is to say one can now hypothetically experience less rigid thoughts and ideas with the introduction of psilocybin, instead re learning to experience those things anew and with a keener sensibility.

Something that Dr Nut attests to given the prevalent use of magic mushrooms as far back as Ancient Greece.

He then goes on to speculate where as manufactured drugs such as Prozac which assuage that part of the brain responsible for mood may be short lasting and contingent on continual use (which it goes without saying keeps drug manufacturers very much in the black) they could hypothetically be replaced with a natural longer lasting stimulus. Something that would most probably rattle many drug makers who’s best interest is not served with the introduction of the active natural composites as found in magic mushrooms for medicinal reasons.

UK’s government has yet to be impressed with the magic of mushrooms and continues to classify them as a Schedule 1 controlled substances with no currently accepted medical use. Something one could argue bears very well with most established drug manufacturers.