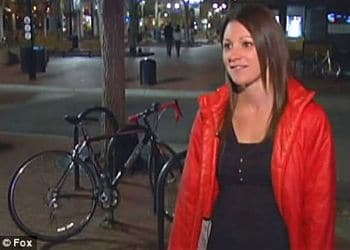 One bike, one owner, but two thieves. The etiquette of getting back what is rightfully yours.

After having her bike stolen, Colorado native Kathryn Lucas hit on the idea that if she paid attention to what was trading on her local craigslist she might be able to locate her bicycle.

Sure enough the next day Kathryn Lucas noticed her bike after a photo was posted with the same red handle bar tape her bike had as well water bottle holder. Pretending to be a buyer she then contacted the seller to arrange a meeting.

After turning up to the man’s, Lance Robinson‘s apartment, Kathryn Lucas asked if she could take the bike for a test ride. That’s when Kathryn Lucas knew it was her bike and just kept on riding her bike all the way home. Of course Ms Lucas insists it was never her intent to steal the bike back, rather to involve authorities(which she ended up doing after returning to her home) but as luck and the spur of the moment would have it she decided to keep going with the flow and just kept on riding the bike.

When police finally turned up to the man’s apartment complex, they found out that the thief wasn’t in fact Lance Robinson (anyone surprised?) but rather 18 year old Denzel O’Neal Crawford. This being his first offense (he said he had no intention of stealing a bike the evening when he came across Kathryn Lucas’ bike but the allure of an unchained bike was too much to resist) was released from jail three days later after being picked up by authorities.

The moral of the lesson? Invest in a bike chain, preferably a sturdy one in the future or better still try not leaving your bike in an area for too long where it’s likely an unsavory act may soon follow.