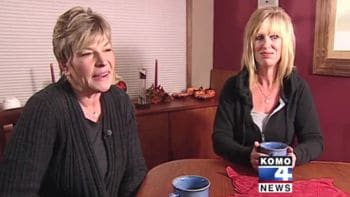 Kent, Washington. It seems at one outlet, Hot Java Hunnies the secret to a delicious espresso cafe is the way the server looks. Who would’ve thought?

In fact so convinced is the outlet that young hot servers are the secret to repeat business and the immense satisfaction customers feel after ingesting one of their stellar cafes that this evening two former employees have decided to go to the press to explain exactly how by failing to be hot and young their services were deemed undesirable in the stellar coffee drinking experience that Hot Jave Hunnies strives to give customers.

Barista owner Jim Honnies however argues that age had nothing to do with why Stagner and Holcombe are no longer working at his establishment. In fact Mr Honnies goes so far as to assert that when it comes time to bring on new hires, none of his ads on craigslist make any demands on age or as he says ‘anything’. But frankly if I were a female searching for a job and came across the title, Hot Java Hunnies I might be slightly discouraged to keep my job interview if I didn’t necessarily cut a figure that came close to what ever it is java hunnies are suppose to look like. Then again if I were a female, I might just boycott my job interview because of the sexism and discrimination involved. Then again that’s just me, maybe with the way the economy is there are a lot of girls out there who might be willing to tolerate degrees of humiliation to get their hands on a fluid paycheck.

According to Honnies, he hadn’t been making any money in the last couple of years and came up with the idea that if he got rid of his two employees and swapped them out for new employees he might somehow end up getting rich or something. Never mind the fact that business might be bad because Mr Honnies might in all possibility might just make a shitty cafe that no one in their right mind would pay for. Unless of course the baristas turned out to be the type of eye candy that will have you gushing for seconds…

Because state law stipulates that a business has to have a minimum of 8 employees before the state will investigate foul business practices Stagner and Holcombe are for the time being out of luck.

So did Mr Honnies manage to find (a) new employee(s)? Well yes actually, when asked about his new employee’s age he had to think extra hard before finally demuring that he’s not sure of her age but he ‘thinks’ she’s in her 20’s.

Hmm- looks like 24×7 delicious coffee is here to stay at Hot Java Hunnies, which reminds me please be sure to stop by for Mr Honnies’ sake when you are in the neighborhood, the coffee is bound to be ‘percolating….’

So much for employees with wrinkels…