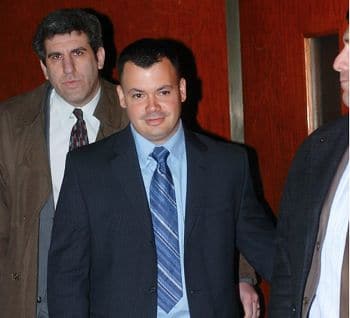 Being a narcotics cop is one dirty job…

A former narcotics detective, Stephen Anderson, indicted on corruption charges, today gave accounts in court of how he and fellow narcotics detectives would freely set individuals up in their efforts to ensure arrest quotas were met. In fact so pervasive was the act of ‘flaking’ (of planting individuals with narcotics) that it often would barely elicit a reaction or a regard if the detectives felt compelled to flake someone in order to meet points.

Mr Anderson, who has a cooperation agreement in place with the prosecution (saving one’s ass seems to be the constant theme here…) today told the court how in one instance, in 2008, concerned that fellow narcotics cop Henry Tavarez would be put back on foot patrol if he didn’t meet his arrest quotas set on a plan to plant narcotics on 4 men at a Queens bar.

Asked if this was a frequent practice of beefing up numbers , at any expense, Mr Anderson replied:

Asked further of the damage or consequences of his actions on those caught in his web of deceit Mr Anderson also replied:

“It’s almost like you have no emotion with it, that they attach the bodies to it, they’re going to be out of jail tomorrow anyway; nothing is going to happen to them anyway.”

Ultimately one has to wonder if the current policy of measuring crime effectiveness and drug participation on the streets need a new strategy. With officers desperate to secure their positions, bonus pay, overtime and the departments for which they work for keen to keep receiving a flush budget is it any wonder that certain officers, department heads are tempted to break rules?

Perhaps what’s best needed is not a score card on overall arrests but perhaps on percentage of convictions, convictions outright or even better the rate of drug related crime from year to year ago. But then again perhaps what we need, if politicians are brave enough is a reconsideration as to what constitutes a drugs felony,misdemeanor, and legalizing certain drugs or adopting new standards as to how much is bad news. Of course with that said,one still has to wonder how long will it take before narcotics cops will seek to exploit loopholes or just blatantly set people up for their own callous needs.

How ironic that those individuals who are entrusted with policing those who are said to be insensitive as a virtue of their involvement in the drug trade are often more insensitive than those that they purportedly protect society from.