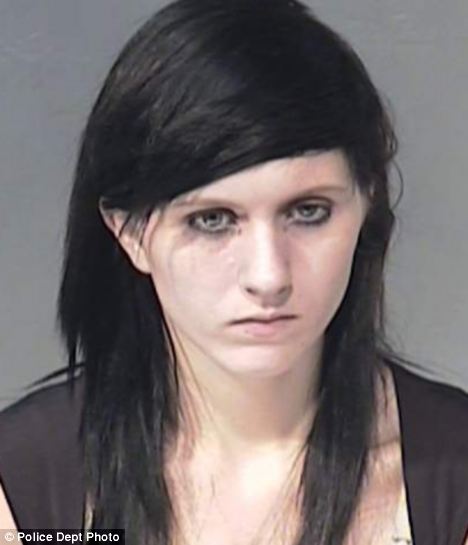 Jessica Callaway insists she was only having a terrible day…

Kids, I don’t know which way is up with this one- but I’m going to try.

All Jessica Callaway of Gilbert, Arizona wanted to do was pick out a nice dress to wear out later that night, but her 10 month old daughter was having none of it. Crying to no end, Jessica is first seen threatening to kick her baby daughter who is lying next to her on the ground, then she assaults her by repeatedly hitting her child in the face before deciding to blow a puff of marijuana smoke into her daughter’s mouth to try to get to finally be quiet. Of course whilst this all going on her incredulous room mate is filming this all on her cellphone. (see video below).

Police were eventually shown the video which led to Ms Callaway’s arrest where she was subsequently arrested and charged with 3 counts of child abuse. 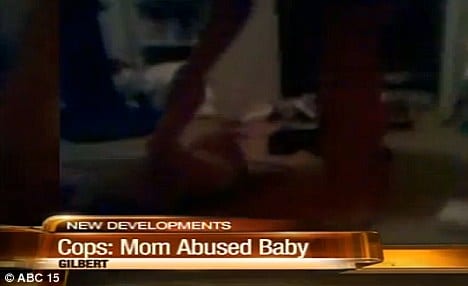 All of which raises a series of questions. Didn’t it occur to the mother that there were alternate ways to pacify her child? Was her reaction the product of her own upbringing? Does the mother realize the psychological damage she is causing to this child? Why was her room mate video taping her, was this a one off event or a series of usual behavior that the room mate felt this time compelled to capture to show to authorities? Why didn’t the room mate intervene? Where are the mother’s parents in all of this or do we not want to know? What about the father? Or is there no stick around father? Is this the new preferred way to handle children who through no fault of their own seek their parent’s comfort? What will happen next time the cameras aren’t there? Was it really a case of just a very bad day? But then again what mother would choose to react this way even on her worst days? Finally what will the child think when she is old enough to see the above video herself and ask herself what her mother was thinking…?