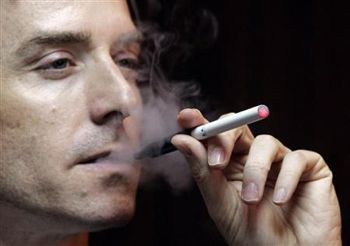 One employer is now making it harder for potential employees to get work…but do they have the right to ask employees not to smoke?

Baylor Health Care System out of Texas is causing a stir amongst potential employees who feel they are being discriminated against by a new mandate that states that the company will overlook hiring potential employees if they smoke or refuse to give up smoking.

The decree has outraged smokers who argue that they are being prejudiced against, because whilst it’s one thing what an employee does at work, it should not be of any concern to an employer what they as private citizens do in their own spare time.

Baylor for its part points to the increasing cost of healthcare which has swayed its recent decision, pointing to the fact that according to the FDA, smoking costs employers an estimated $200 billion a year in lost productivity and medical charges.

Whilst employers are legally not allowed to hire someone on the basis of their gender or sexuality, they are at least in the state of Texas allowed to preclude hiring you if you smoke. In fact rather than assuming that Baylor might be the last place employees would want to work, Baylor points to the Dallas Business Journal which listed Baylor as the best place to work.

All of which raises some compelling questions. If a company like Baylor (who are in the business of hearts and vasculars) wishes to set up a healthy environment does that mean that next week we should expect to see it announce that it will no longer be accepting applications from obese people, people who have high blood pressure, people who have an affinity for stunt performing on the weekends (after all, what use could one argue it is to employ someone who because of their extreme sports recreation on the weekend could hypothetically may not be alive come Monday morning), people who like to recreationally use drugs in their own spare time or even people who are involved in unhealthy family relationships lest that lead to sick days at work?

Of course it’s understandable that a company should want to employ the most healthiest employees it can possibly find, but creating barriers like whether one smokes may soon be proceeded by mandates such as does one have more than one sexual partner at the time, do they have any sick relatives living at home (who could potentially pass on their illness) and are there any dangerous practices or thoughts (while we’re at it) that the potential employee likes to engage in outside of work that the company should have a right to know about? Does that mean if I’m old, wear a nose ring or tattoo that a company can choose not to hire me (after all a company still has the right as much as I have the right to a tattoo not to hire me if I wear a tattoo)?

With respect to smokers, I would be the first one to admit as a part time smoker myself the temptation to quietly leave my booth and have a smoko (thus arguably ensuring a congregation between myself and other smokers by the front door) is more than just a seldom act, which by virtue of my and fellow smoker’s actions are apt to make our place of work smell at times like an oversized ashtray, something that a non smoker shouldn’t have to be subjected to never mind the lost productivity that might be incurred by the number of breaks smokers tend to enjoy taking during the course of the day (which on the other hand could be argued to install team bonding).

That said one ultimately ought to be mindful as to how much an employer asks of a company and whilst it may make sense on some level for a company that specializes in heart repair that its employees don’t smoke can we really ask the same of a company whose business is that of recreation or legal work? And if we insist on earmarking on smokers how long before we begin to earmark individuals with what some may consider perilous lifestyles or conditions that they have little control over? Then again last time I checked, as long an individual is free to choose as he or she wills one can also argue by the same token (as long as it is not by creed, sexuality or gender) a company can on the flip side choose who it chooses to hire, then again it’ll be interesting to see how much discretion a company is allowed lest it infringe on a private citizen’s rights….